Skeoch and Bondra Returned to Giants 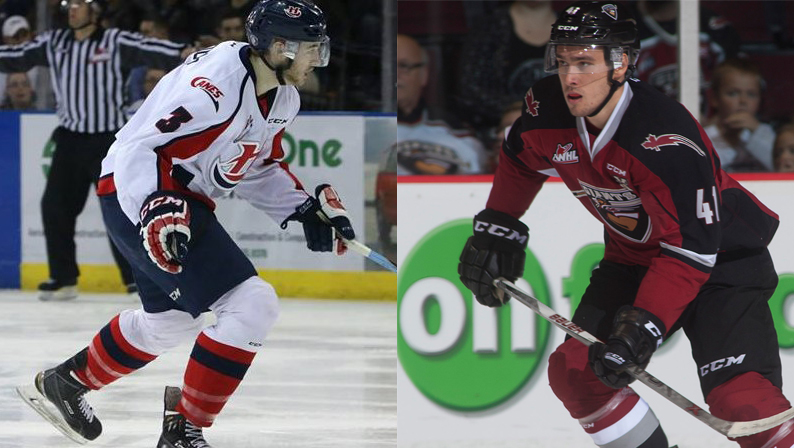 The Vancouver Giants announced on Tuesday that forward Radovan Bondra and defenceman Darian Skeoch have been returned to the Giants. Both players are expected to suit up against the Prince George Cougars tonight at the Langley Events Centre.

Bondra, who hails from Trebisov, Slovakia, scored 30 points in 58 games for Vancouver in 2015/16. The 19-year-old winger was in training camp with the Chicago Blackhawks. The Hawks drafted Bondra in the fifth round of the 2015 NHL Draft.

Skeoch was acquired by the Giants earlier this month in a trade with the Lethbridge Hurricanes. In 59 games in Lethbridge in 2015/16, the 19-year-old racked up seven points and 106 penalty minutes. Skeoch was a free agent invite to Anaheim Ducks camp.

The Giants return home to the LEC tonight to host the Prince George Cougars on Las Vegas Trip Giveaway night! Puck drop is at 7:00pm. For ticket information, click here or call 604.4.GIANTS (604.444.2687).