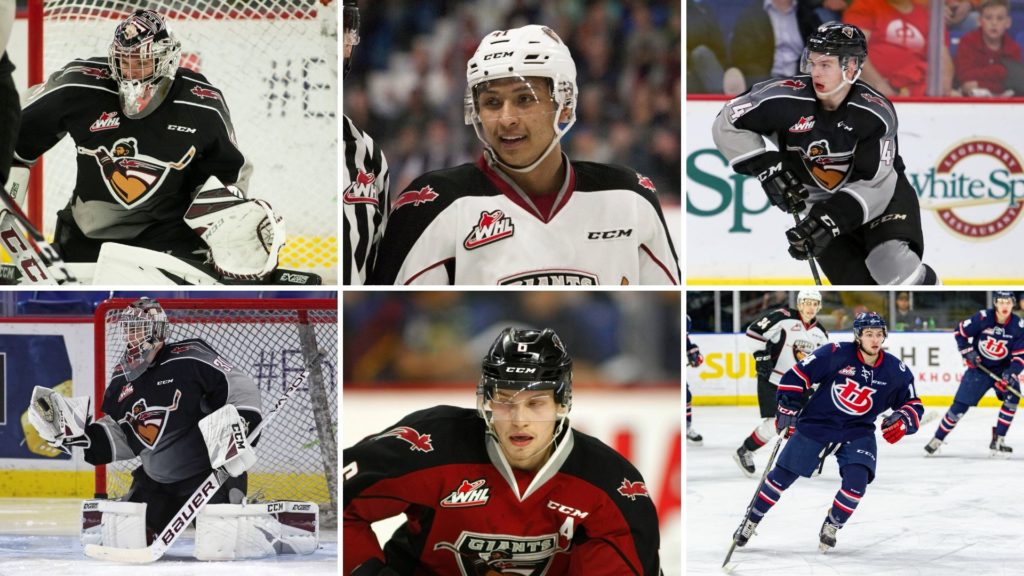 We’ve arrived at that point in the summer where NHL teams are are hosting their annual prospect Summer Development Camps. The Vancouver Giants are well represented across the NHL as six current Giants and a recent alumnus have all (so far) received invites:

Two current Giants are in Arizona this week attending Arizona Coyotes camp. David Tendeck was selected by the Coyotes in Round 6 of the 2018 NHL Draft, while newly acquired forward Jackson Shepard is joining his fellow North Vancouverite in the desert. Coyotes camp runs June 24 – 28 in Glendale, AZ.

98 degrees outside.
58 degrees inside. 😏 pic.twitter.com/gXBXCy6McX

The two newest prospects of the Colorado Avalanche have touched down in Denver and will be both participating in their first NHL Summer Development Camps from June 26 – 28.

Fresh off his most successful season in the WHL, recent Giants alumnus Davis Koch has received an invite to attend Summer Development Camp with the Los Angeles Kings. Camp started today for Koch and runs through Friday at the Toyota Sports Center in El Segundo, CA.

Development camp rosters and a quick refresher on the schedule. New numbers! https://t.co/laW7ZPHRgC

The Canadiens will hold their annual development camp from June 26-28 at the Bell Sports Complex in Brossard.

The Washington Capitals camp started today in Arlington, VA and 2018 draftee Alex Kannok Leipert is among those attending the camp. For Kannok Leipert this marks his second Summer Development Camp with the team that selected in him the sixth round of the 2018 NHL Draft. The Capitals  camp runs from June 25 – 29.

The Calgary Flame also typically hold their camp in early July, and it’s likely that Giants forward Milos Roman will be in town for his second NHL Summer Development Camp with the Calgary Flames who drafted him in Round 4 back in 2018.