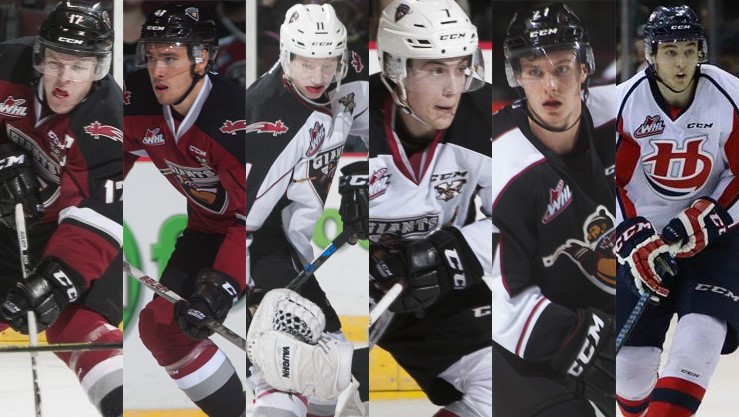 Dmitry Osipov (Chicago Blackhawks) and Thomas Foster (Edmonton Oilers) have been reassigned to the Giants.

“We’re happy for all of our players that will be attending NHL camps,” said General Manager Glen Hanlon. “We take a lot of pride in the development of our players, and we know that this experience will serve them well.”

Benson was drafted by the Oilers in the second round of the 2016 NHL Draft at 32nd overall. The Giants’ captain had 28 points in 30 games during an injury shortened 2015/16 WHL season.

Ronning went to the Rangers in the seventh round of the 2016 Draft. The Burnaby native led the Giants in goals in 2015/16 with 31.

Bondra was selected by the Blackhawks in the fifth round of the 2015 Draft. Hailing from Trebisov, Slovakia, he scored 30 points in 58 games in his rookie season in the WHL in 2015/16.

Skeoch was a free agent invitee to Ducks rookie camp and has been kept with the club for their main camp. The big blue liner was acquired by the Giants in a trade with the Lethbridge Hurricanes earlier this month.

Lang was drafted by the Wild in the sixth round of the 2014 Draft. The 20-year-old is signed by Minnesota and led the Giants with 63 points in 69 games last season.

The Giants open the regular season tomorrow when they host the Everett Silvertips on Gordie Howe Tribute Night at the Langley Events Centre! For ticket information, click here or call 604.4.GIANTS (604.444.2687).