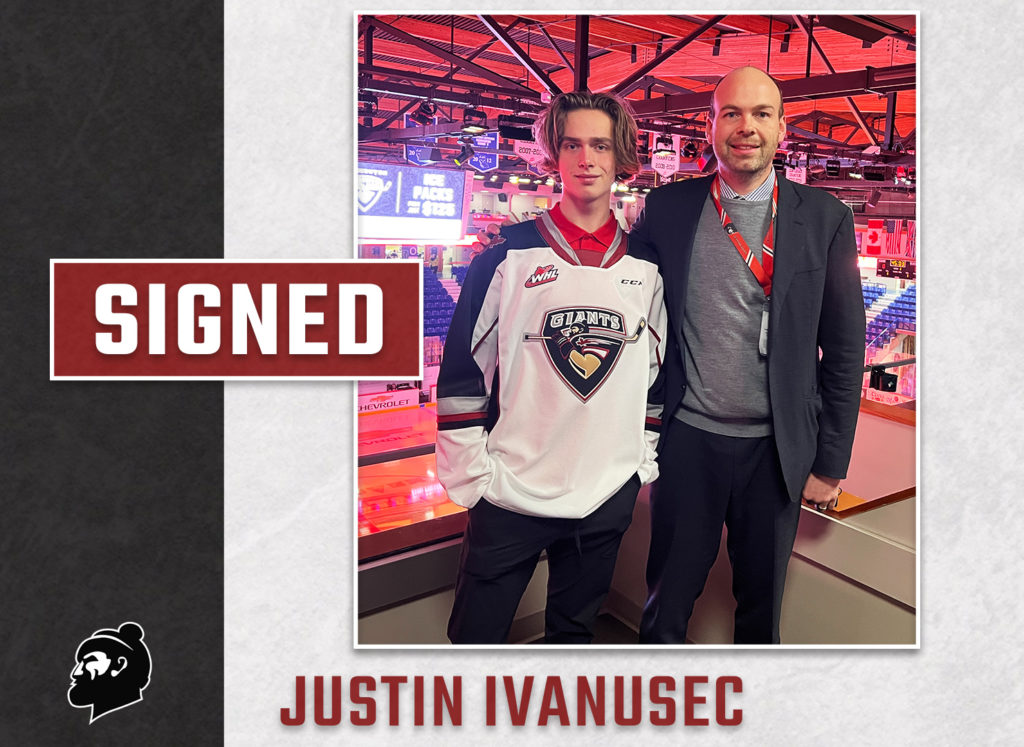 Ivanusec, a 5’11” right-shot forward was originally selected 79th overall (Round 4) by the Giants earlier this month. In 15 games so far with the Burnaby Winter Club U18 Prep program, he’s managed six goals and six assists for 12 points. A season prior he had eight goals and seven assists for 15 points in just six games with the Burnaby Winter Club’s U15 Bantam Prep team.

“I’m very excited to begin the next chapter of my hockey career with the Vancouver Giants,” said Justin Ivanusec. “I’m grateful for the opportunity and I’m looking forward to meeting my future teammates and coaches and seeing how the giants can help develop my game for the next level.”

Barclay Parneta adds, “Justin is a player that has the ability to be a one-shot scorer. He can create separation with his speed. His speed also can be disruptive on the forecheck. We are pleased he has chosen to trust his development with the Vancouver Giants.”

As an under-ager, Justin Ivanusec is eligible to play in up to five games with the Giants this season, prior to the conclusion of his season with the Burnaby Winter Club.