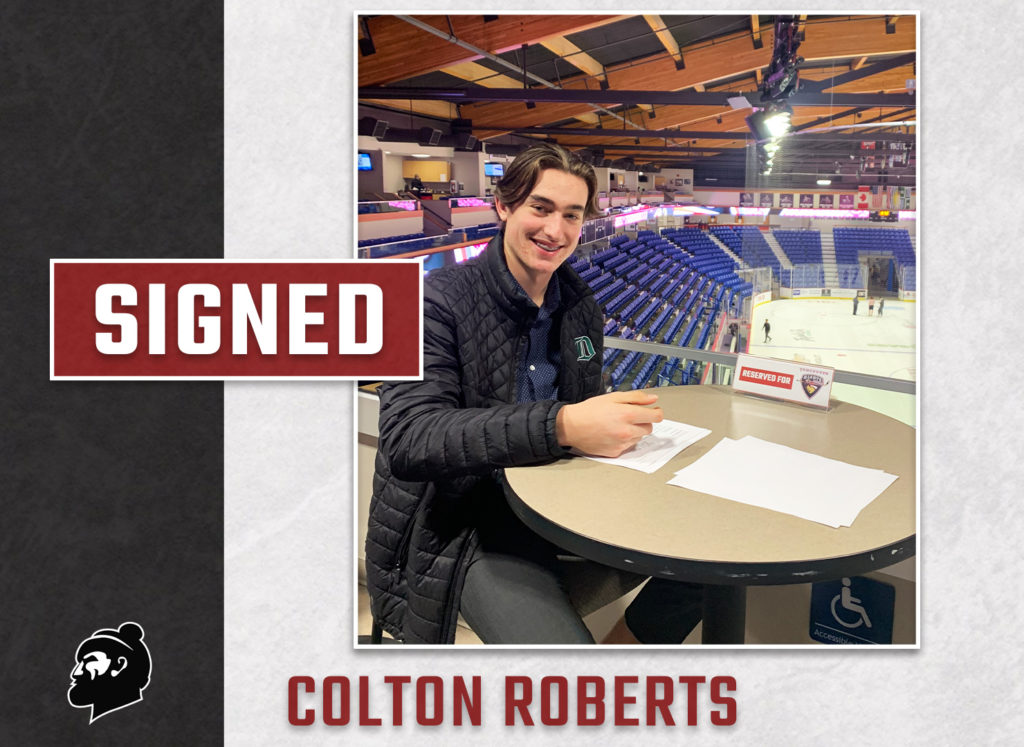 COLTON ROBERTS SIGNS WITH THE G-MEN

Roberts, a right-shot defenceman, was selected 11th overall by the Vancouver Giants during Thursday’s WHL Prospects Draft. The 6’2”, 180-pounder has registered five goals and 21 assists for 26 points in 17 games with the Delta Hockey Academy’s U-18 Prep program.

“It’s a great honour to sign with the Vancouver Giants,” said Colton Roberts. “I’m excited for what the future holds, and I’m going to continue working hard, trying to get better every day.”

Barclay Parneta adds, “We are very happy that Colton and his family have trusted us with furthering his development. Colton is a big body that can move. He makes plays quick, and sees things develop. He has great vision combined with a high compete level that makes him very difficult to play against. We look forward to seeing him patrol the blue line as a Giant.”

Colton Roberts is the first of the team’s eight 2021 draftees to sign with the Vancouver Giants. This season he’s eligible to appear in up to five games with the Giants as an under-ager prior to the completion of his CSSHL season with the Delta Academy.