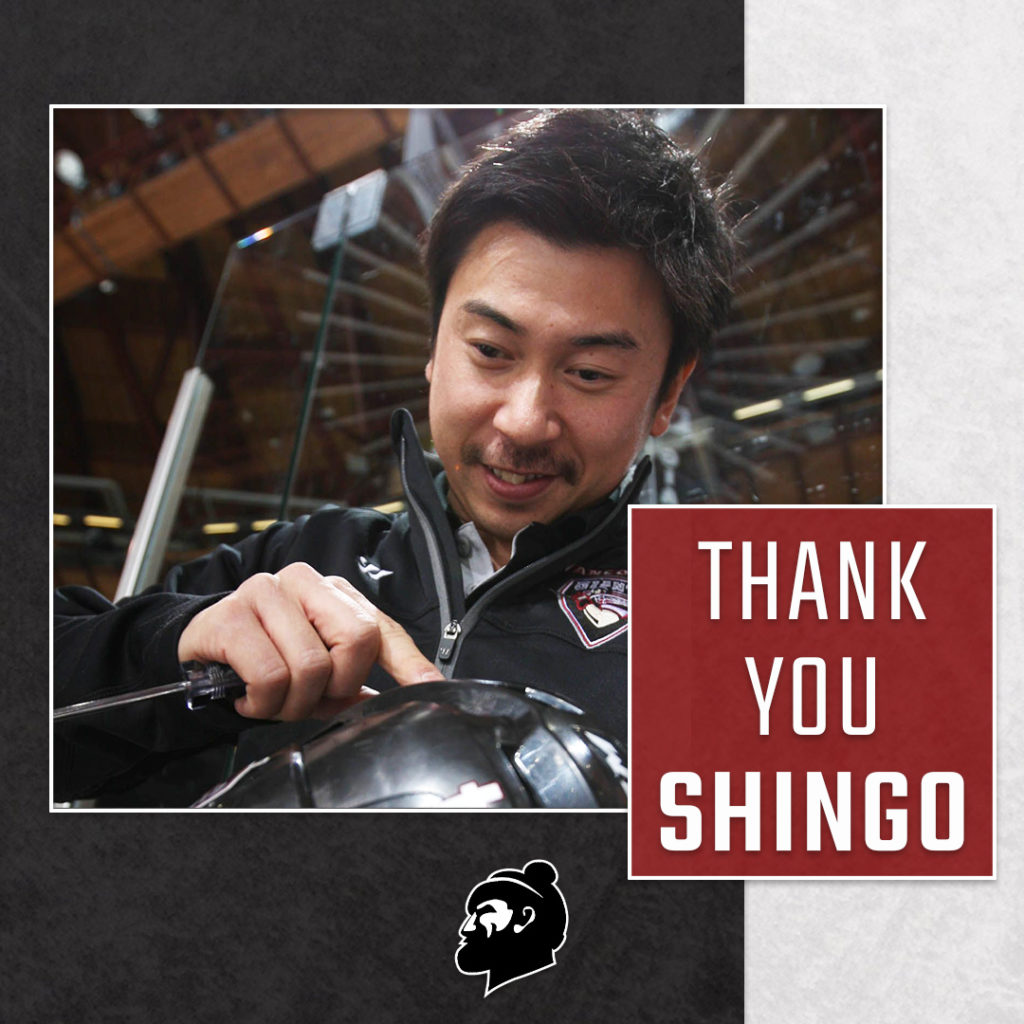 The Vancouver Giants organization would like to congratulate long-time Equipment Manager Shingo Sasaki who will be joining the AHL’s Abbotsford Canucks equipment staff.

Sasaki spent eight seasons with the Vancouver Giants and worked 524 career regular season games and an additional 33 playoff games. During his tenure with the G-Men he also captured a pair of Silver Medal while representing Japan internationally at both the U18 WJC (D1B) and the World Championships (D1B). In 2018, he also represented Team WHL during the Canada Russia Series.

The Giants would like to thank Shingo Sasaki for his years of great work and service to the organization, and they wish the entire Sasaki family the very best in their next hockey chapter.