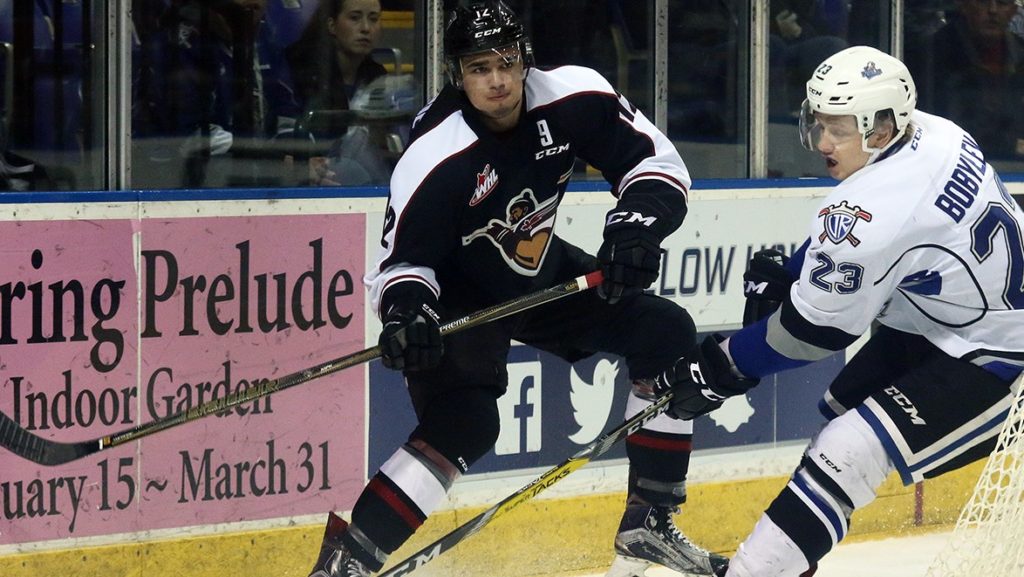 The Victoria Royals got past the Vancouver Giants 3-2 on Sunday night at the Save-On-Foods Memorial Centre. Johnny Wesley and Bartek Bison scored goals for the G-Men in the loss. Ryan Kubic made 35 saves on 38 shots.

Wesley put Vancouver ahead, opening the scoring by hammering a rebound past Victoria goalie Dylan Myskiw from the slot. It was his tenth marker of the season.

The Royals struck quickly, scoring two goals in a span of 39 seconds in the second period, to take the lead. Jared Dmitriw beat Kubic on a hard drive to the net while the teams were playing 4-on-4. Moments later, Dante Hannoun scored a power play marker to give Victoria a lead it wouldn’t relinquish.

Vladimir Bobylev bagged another power play goal in the first minute of the third period to make it 3-1 before Bartek Bison tallied his first goal as a Giant, redirecting a Ty Ronning shot into the goal from the top of the crease. The G-Men were awarded a power play in the last minute of the game and pulled Kubic in favour of an extra attacker, but they couldn’t tie the score.

Vancouver went 0-for-5 on the power play while the Royals were 2-for-8 on their man advantage. Victoria out shot the Giants 38-26. 16-year-old defenceman Austin King-Cunningham earned his first WHL point with an assist in Bison’s goal.