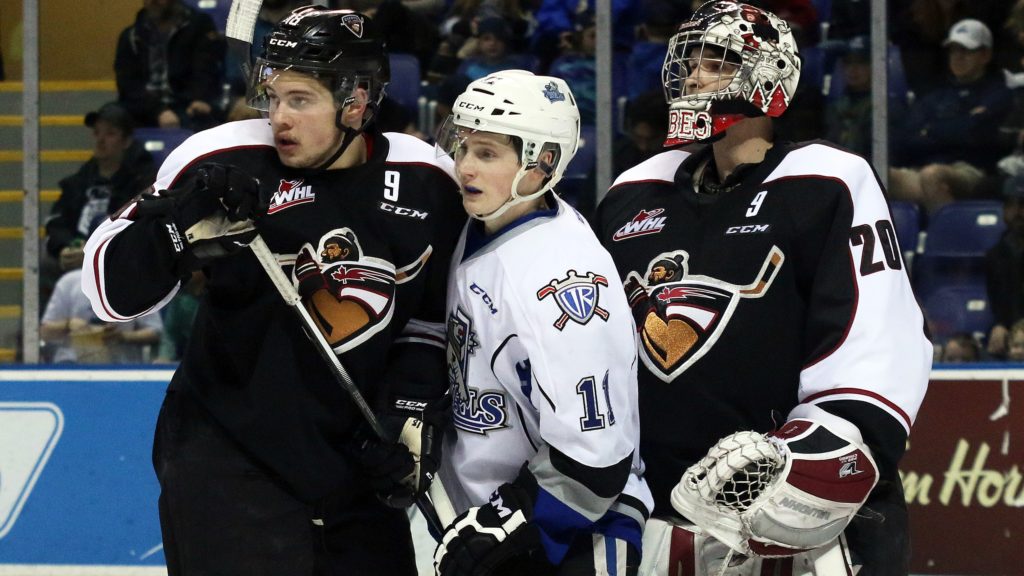 Tyler Soy scored four goals to lead the Victoria Royals to a 6-3 win over the Vancouver Giants on Sunday at the Save-On-Foods Memorial Centre. James Malm bagged two goals for Vancouver while Jack Flaman also scored in the loss. Ryan Kubic made 36 saves in the Giants’ crease.

Flaman opened the scoring for the G-Men in the first minute of the game, beating Victoria goalie Dylan Myskiw on a hard shot from the slot. Scott Walford tied the game for Victoria after being setup by Vladimir Bobylev, and Soy scored his first of the night, also from Bobylev, late in the period.

Malm tallied his first of the night early in the middle frame, firing a wrister over Myskiw’s shoulder from off the right wing. Soy scored two more goals, both of them on the power play, in the second period and added another in the third to extend the Victoria lead to 5-2. Carter Folk also beat Kubic in the final frame before Malm scored again, netting his 17th of the season.

Victoria went 4-for-10 on the power play and out shot Vancouver 42-25. The Giants were 1-for-4 on their man advantage.