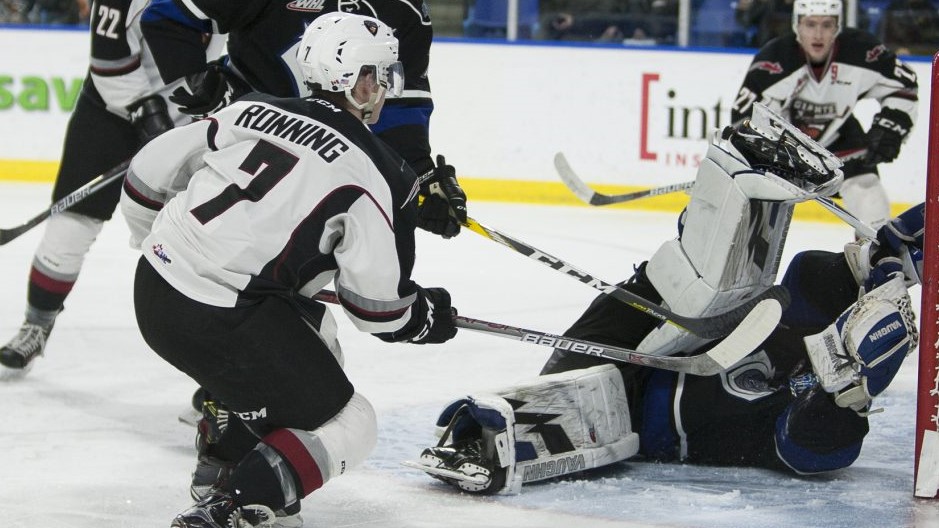 The Vancouver Giants lost a high-scoring affair on Friday night, falling 6-4 to the Victoria Royals at the Langley Events Centre. Ty Ronning, Matt Barberis, Johnny Wesley and Calvin Spencer scored in the loss for Vancouver.

Vladimir Bobylev opened the scoring for the Royals with a power play marker in the first period, knocking a rebound past Giants starter Ryan Kubic from the slot.

Ronning equalized for the G-Men after the midway mark of the second period, tapping a loose puck into the Victoria net after James Malm batted it to him out of mid-air. Jack Walker scored a pair of power play goals to put the visitors up 3-1 before Barberis beat Victoria goaltender Griffen Outhouse on a clean shot from the slot in the final minute of the middle frame.

Matthew Phillips bulged the twine less than a minute into the third period, but Wesley made it a one-goal game again, bagging a power play marker on a one-timer from the slot. Dante Hannoun and Scott Walford added power play goals of their own later in the final frame, and Spencer scored his 13th of the season for the Giants with under two minutes remaining in the game.

The two teams will meet again on Saturday night in Victoria. Face-off is set for 7:05pm.