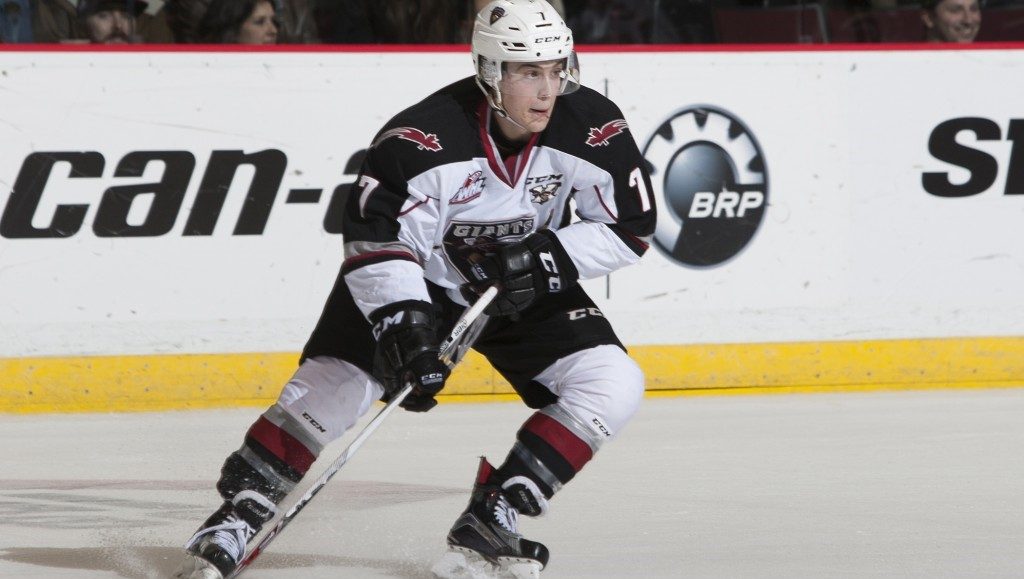 The Vancouver Giants announced on Friday that after being returned to the team by the New York Rangers, Ty Ronning is expected to make his season debut for the Giants on Friday evening against the Seattle Thunderbirds.

Ronning, a Burnaby native, led the Giants in goals with 31 in 2015/16. He was drafted by the Rangers in the seventh round of this summer’s NHL Draft and played for the Blueshirts at the Traverse City Prospects Tournament before attending their main camp.

Thomas Foster and Alec Baer are also expected to be back in the Giants’ lineup after missing time due to injuries. Neither forward has played yet this season.