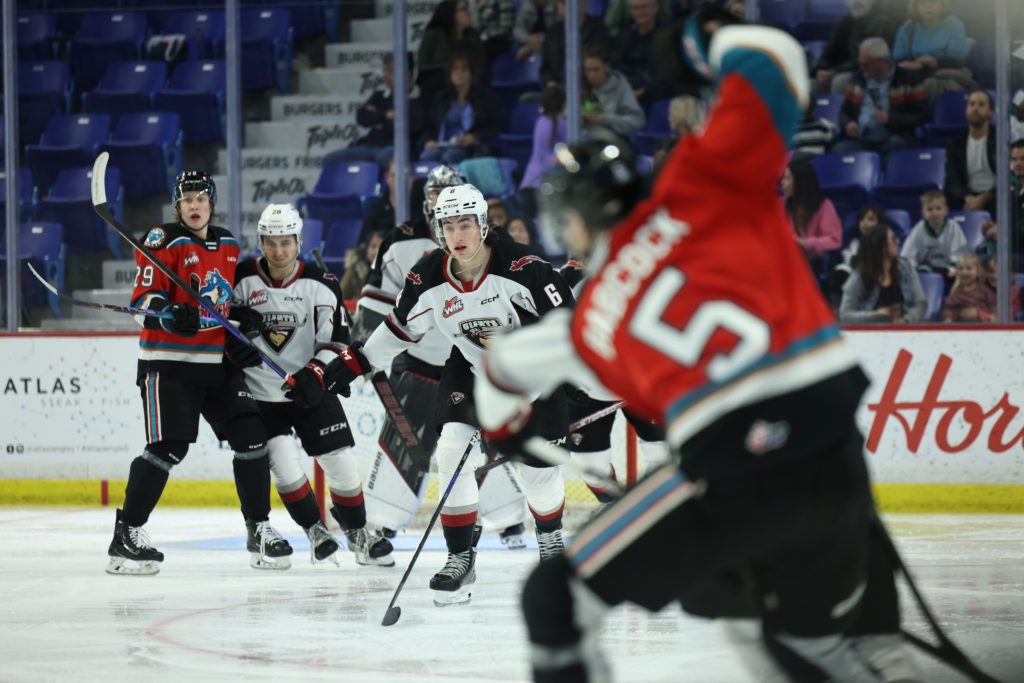 Langley, BC – The Giants dropped their fourth straight game as the Rockets tied the season series with a 4-1 win at the LEC Friday night.

KEL: Kelowna opened the scoring 1:09 into the game as Carson Golder shoveled home a rebound early.

KEL: Grady Lenton increased the lead to 2-0 with a deflection with 4:46 left in the middle period.

VAN: Ty Thorpe got the Giants on the board 4:08 into the third period with a shot from the high slot.

KEL: Just over eight minutes into the period, Gabriel Szturc scored a shorthanded goal on a breakaway to push it to 3-1.

KEL: Golder added his second of the night on the powerplay with 2:41 left.