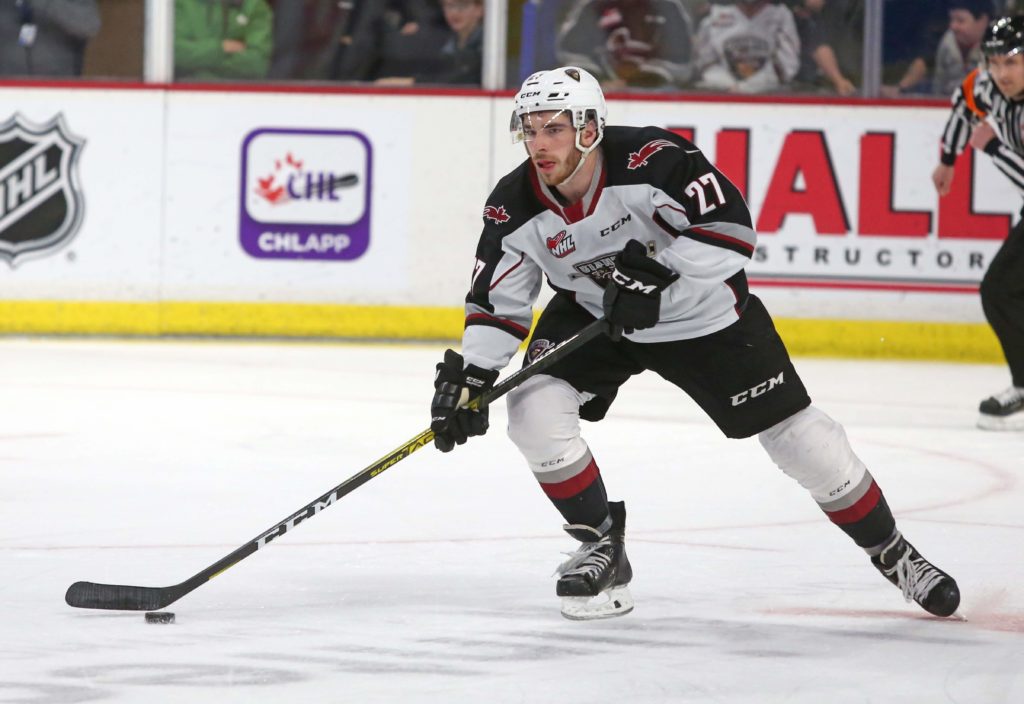 The next 48 hours will be intriguing and telling (to say the least) for the Vancouver Giants and the other 21 teams in the Western Hockey League. The January 10th Trade Deadline is set for 2:00 PM PT on Friday and Giants GM Barclay Parneta is hard at work, leaving no stone un-turned, trying to set the Giants up for success down the stretch of the 2019-20 season.

A LOOK BACK AT THE DEADLINE FOR THE VANCOUVER GIANTS

This time of year can be a stressful time for players who are no doubt checking their phones regularly, glancing at the latest trade headlines from the WHL’s Trade Deadline Blog. On Sunday, the Giants pulled the trigger on a trade that sent forward John Little to the Tri-City Americans in exchange for forward Kaden Kohle.

Rewind to this time a year ago, Giants 19-year-old defenceman Seth Bafaro was acquired in a January trade with Saskatoon and has learned a thing or two from recent deadlines.

“Everyone is definitely aware that trades happen around this time of year. I think you just have to stay on track and try not to worry about what you can’t control. That said, it will be nice when the deadline has passed,” – Giants defenceman, Seth Bafaro.

Historically, the Giants have been among the more active teams in January, and 2019 was no exception. Last season the Giants made four moves ahead of the deadline which all helped position the Giants for a run to overtime in Game 7 of the WHL Championship series.

Below is a list of all January trades completed by the Vancouver Giants since the 2009-10 season: