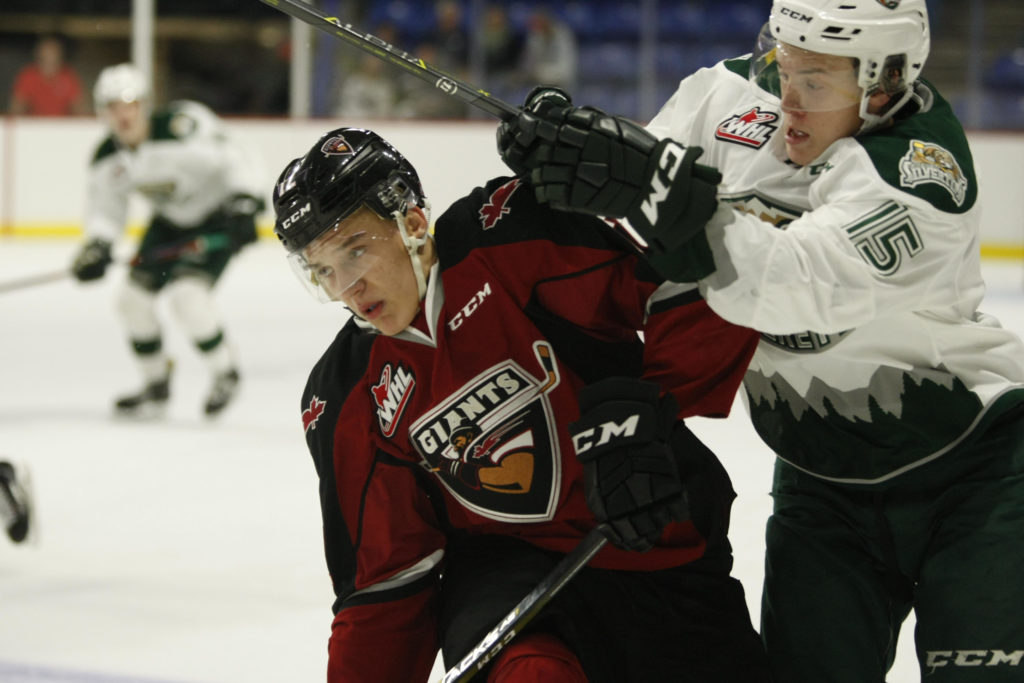 Sunday night at the Langley Events Centre the Vancouver Giants dropped a 4-0 pre-season decision to the Everett Silvertips. Gage Goncalves led the Everett attack with two goals while goaltender Dustin Wolf made 22 saves to earn the shutout. Trent Miner played the entire 60 minutes in goal for the Giants and made 30 saves on 34 shots faced.

Everett outshot the Giants 12-4 in the first period and outscored them 3-0. Ronan Seeley opened the scoring at 4:19 when he knocked home his own rebound from in close. Less than two minutes later Goncalves netted his first of two to make it a 2-0 game. His second goal fo the game, and the pre-season came at 15:52 of the first period.

Neither team solved the other in the second period. The Giants managed eight shots on the Everett goal while the Silvertips countered with nine.

A power play at 8:39 of the third period from defenceman Gianni Fairbrother rounded out the game’s scoring for the Silvertips who finished the game one-for-six on the power play. Their pre-season record now sits at 2-1-1-1. The Giants power play went zero-for-four and finished the pre-season six-for-26 (23.1%).

Through six pre-season games, the G-Men managed a record of 2-3-0-1. Their next game is Friday, September 21st at home against the same Silvertips marking the official start of the 2018-19 season.