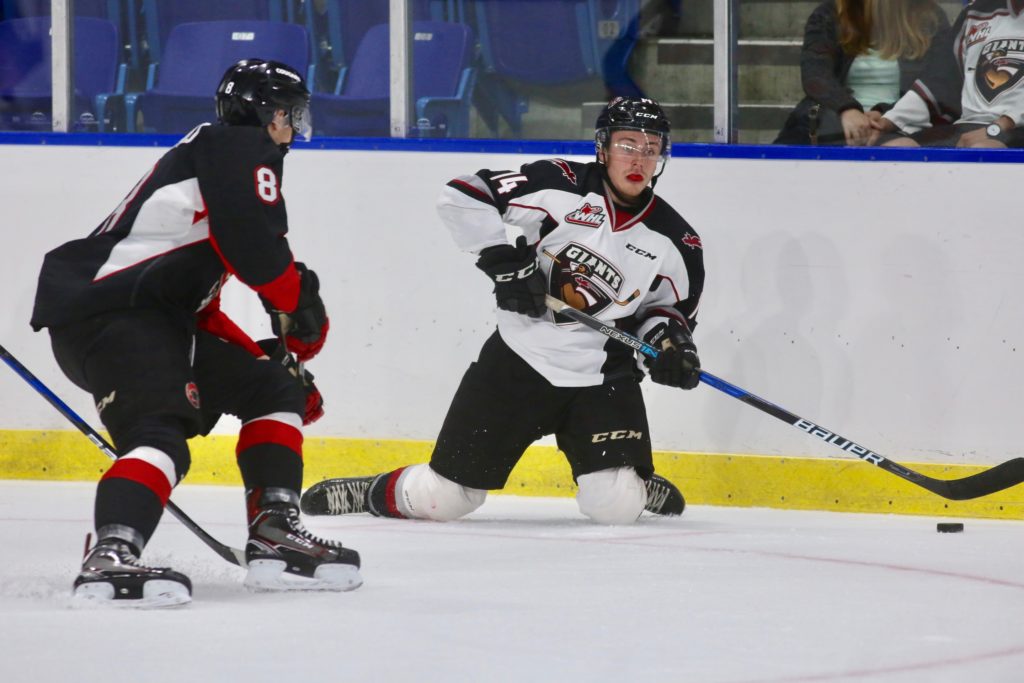 For a second straight game, a Vancouver Giant recorded a preseason hat-trick. Friday night at the Langley Events Centre the Vancouver Giants defeated the Prince George Cougars 7-3. 18-year-old forward James Malm paced the Giants attack with three goals and an assist while Kaleb Bulych and Bowen Byram each added a pair of assists. Five of Vancouver’s seven goals came in the second period as the Giants built up a 7-0 lead. David Tendeck earned the win between the pipes going 12-for-12 before giving way to Trent Miner.

Owen Hardy grabbed the game’s first goal in the late stages of the first period. Bowen Byram sprung the 18-year-old on a breakaway and at the 18:18 mark he snapped a shot over the left shoulder of Cougars starter Isaiah DiLaura and in for his second goal of the exhibition season.

Just 1:16 into the second period Malm grabbed his first of three goals on the game. It came on a power play off a shot from the right circle that snuck through DiLaura.

Brayden Watts and Cyle McNabb would then add goals 27 seconds apart starting at the 4:35 mark of the period to stake the G-Men to a 4-0 cushion.

Malm’s middle goal of the game was a highlight reel finish that spelled the end of the night for DiLaura. Malm took a pass at center ice from Tyler Ho, dangled his way through three separate Prince George defenders before going upstairs to the blocker side to make it 5-0.

With five minutes remaining in the second, Slovak forward Milos Roman made it 6-0 for Vancouver on a power play which finished two-for-four on the night. The home side took that 6-0 lead into the second intermission and were outshooting Prince George 38-20.

The final Giants goal of the game came off the stick of James Malm who snapped his hat-trick goal past the blocker of Brock Hamm off a two-on-one rush just 2:02 into the final period.

Thanks to a string of power plays the Cougars would bridge the gap to 7-3 after unanswered power play goals courtesy of Chance Adrian (4:07), Marco Mazza (11:50) and Max Kryski (13:49). The Cougars finished the game three-for-four on the power play.

That would be as close as the visitors would get though as the Giants would go on to earn a 7-3 win –  Their fourth of the preseason and second in a row. The final shots were 45-27 for Jason McKee’s crew who will return to action on Saturday night to put their 3-1 preseason record on the line against the Victoria Royals at 6:00 PM. The Cougars meanwhile will square off with the Everett Silvertips at 2:00 PM in a game that will also take place at the Langley Events Centre.