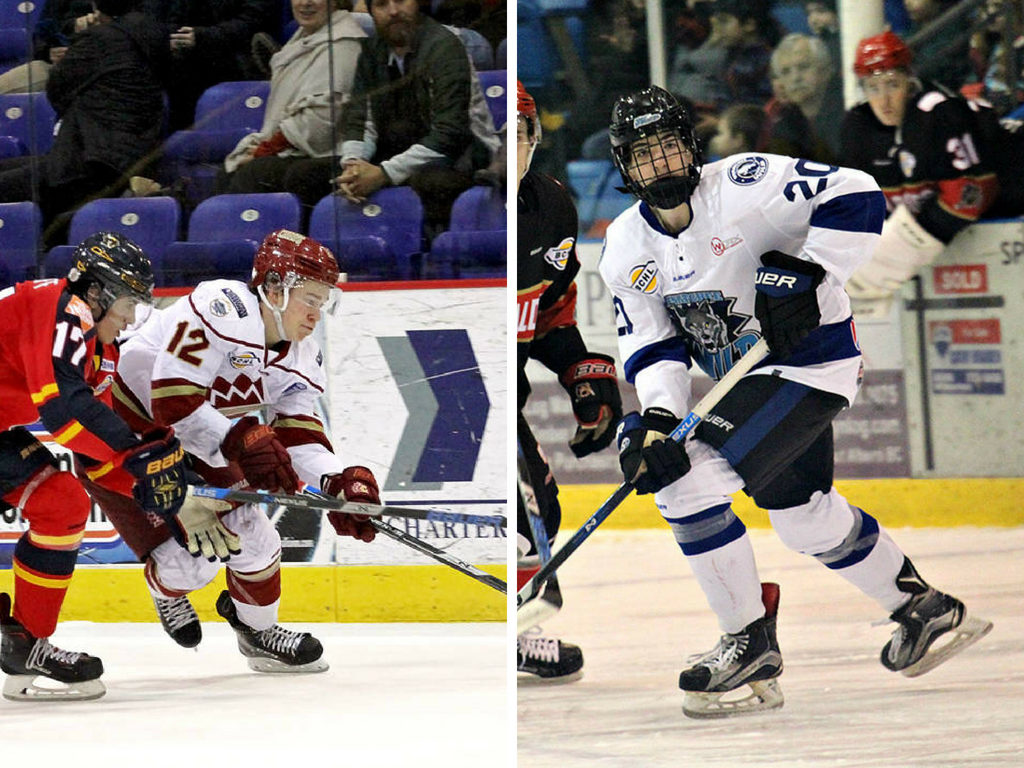 The Vancouver Giants are keeping a close eye on two young prospects who are battling for the 2018 RBC Cup. The tournament is taking place 45 minutes down the highway in Chilliwack, B.C. and forwards Harrison Blaisdell (Chilliwack Chiefs) and Lukas Svejkovsky (Wenatchee Wild) are getting some invaluable big game experience with a national championship goal in mind.

The Chilliwack Chiefs are off to a strong start at the tournament having posted two wins and an overtime loss and rookie forward Harrison Blaisdell has suited up in all three tournament games so far for the hosts. During the regular season, Blaisdell notched nine goals and 12 assists for 21 points in 49 games and added two assists in seven playoff games. He was drafted by the Giants in the second round (31st overall) in the 2016 WHL Bantam Draft.

The BCHL champs from Wenatchee are 3-0 so far in the tournament having earned two overtime victories and a win in regulation and Lukas Svejkovsky has been a solid contributor. Despite missing most of the regular season due to injury, Svejkovsky suited up in 18 playoff games and has registered two assists in three tournament games at the RBC. He was selected by the G-Men in the second round (36th overall) in the 2016 WHL Bantam Draft. The Wild sit atop the tournament standings with seven points.

Both teams have one more game remaining in the Round Robin portion of the tournament.

Wenatchee battles the Wellington Dukes at 2:00 PM tomorrow then the Chiefs square off with the Steinbach Pistons at 7:00 PM later that night.