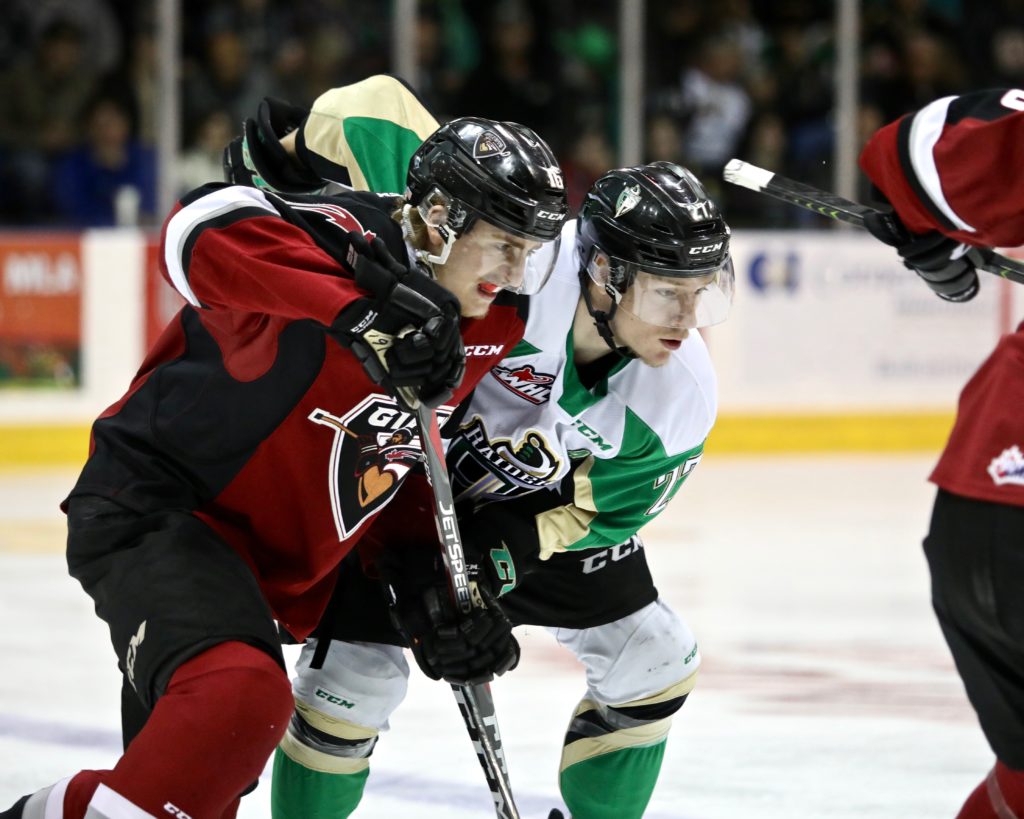 The 2019 Rogers WHL Championship Series is shifting back to the Lower Mainland with the series tied 1-1. Saturday night in Prince Albert, SK the Vancouver Giants fell 4-0 to the Prince Albert Raiders in Game 2. Dante Hannoun led the way with a goal and two assists for the Raiders while Parker Kelly chimed in with two assists. Ian Scott stopped all 15 shots he faced in the Raiders net to secure his fourth playoff shutout. David Tendeck stopped 30 of the 33 shots fired his way in the Vancouver net. The Giants will now play their next three games on home ice as Game 3 is set for Tuesday at 7:00 PM at the Langley Events Centre.

PA – 10:17 into the game, Dante Hannoun (11) gave the Raiders their first lead of the series when he converted off a Parker Kelly feed from in front of the Giants goal.

PA – After failing to capitalize on a pair of power play chances to start the period, the Raiders eventually increased their lead to 2-0 when Sergei Sapego’s shot from the top of the left-wing circle snuck under the bar and in at 7:43. Sapego’s third of the playoffs was assisted by both Dante Hannoun and Parker Kelly.

PA – Noah Gregor (9) increased Prince Albert’s lead to 3-0 at 10:39 of the middle frame on a power play. Gregor parked himself atop the right-wing circle and one-timed a feed from Dante Hannoun past David Tendeck.

PA – At 18:39 of the final period, Brett Leason solidified the victory for the Raiders with an empty-net goal. Leason’s seventh of the playoffs was assisted by Aliaksei Protas and Brayden Pachal.

Prince Albert: 1/5 on the Power Play

Next Game: Game 3 will take place Tuesday night at 7:00 PM at the Langley Events Centre.

Related Links
GET TICKETS TO GAMES 3, 4 AND 5 AT THE LEC
More News