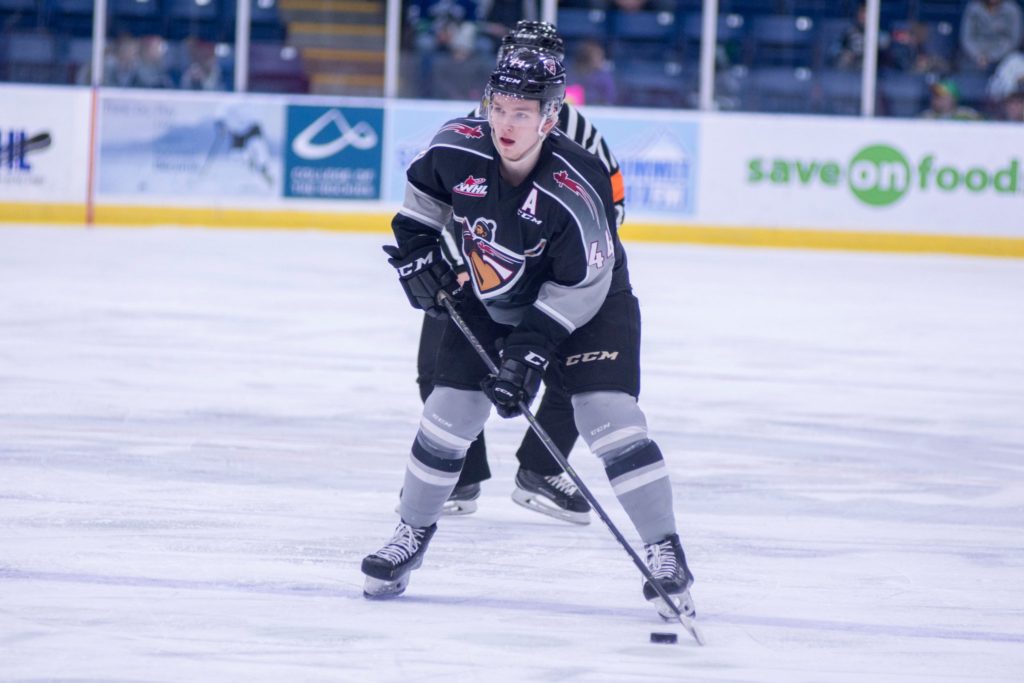 Tonight in Winnipeg, MB a first for the Vancouver Giants – They will play a WHL game against a Winnipeg franchise! The Giants and ICE are both looking to atone for shutout losses suffered yesterday. The ICE dropped a 7-0 decision to the Edmonton Oil Kings at home while the G-Men suffered a 3-0 loss to Brandon despite posting 40 shots on goal.

The Winnipeg Ice are led offensively by a pair of rookie imports: Nino Kinder and Michal Teply. Teply was a fourth-round pick of the Chicago Blackhawks in the 2019 NHL Draft, and he leads the team with seven points. Kinder is a 2001-born player out of Germany who sits second with three goals and two assists for five points.

Carson Lambos was selected second overall by the ICE in the 2018 WHL Bantam Draft. Last season as an under-ager he appeared in five games and potted his first WHL goal in the process. So far this season, he’s already bagged two goals along with three assists for five points along with a +2 rating and five penalty minutes. The 6’1, 200-pound d-man is from Winnipeg.

Coming into action tonight, Giants forward Tristen Nielsen ranks second in the WHL with 31 shots on goal. Nelsen has recorded 15 shots over the course of his past two games, and while he hasn’t scored in either contest, he’s certainly been a positive factor for the Giants. So far this season Nielsen has scored three goals while adding one assist for four points.

ON THE VERGE OF A BREAKOUT:

The sample size is small but the Winnipeg ICE have surrendered the most goals in the WHL (24). There are nine Giants that are still looking to secure their first points of the 2019-20 season. Sergei Alkhimov has posted eight shots in four games while Zack Ostapchuk and Evan Patrician have each been credited with six shots in six games. Sooner or later the scoring is going to come for the younger Giants forwards, and hopefully tonight can be a positive step in that direction.

Assuming that David Tendeck gets the nod tonight for Vancouver, he’d be gunning for his third straight victory to start the season. The 20-year-old prospect of the Arizona Coyotes has stopped 40 of the 41 shots he’s faced to start the season. Tonight he’ll face a stiff test as the ICE have scored the third most goals in the Eastern Conference.