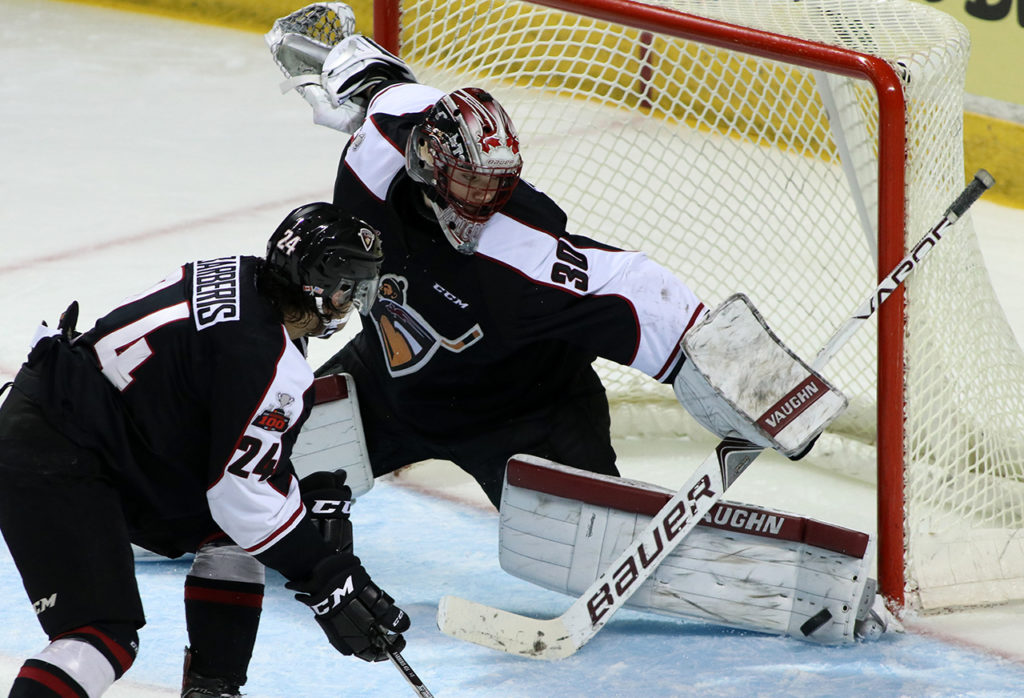 This afternoon in Langley, the Vancouver Giants will look to punch their ticket to the second round of the WHL Playoffs when they host the Victoria Royals in a potential series-clinching Game 6 at the LEC. The Giants are coming off a 5-3 road victory in Game 5 and will look to earn their second victory of the series on home ice when they take the ice with the Royals today at 2:00 PM.

Matthew Phillips: The Royals captain has two goals and five assists for seven points in his past two games. He leads all Royals with nine points through five games in the series

Noah Gregor: The 19-year-old San Jose Sharks prospect has points in four straight games and sits tied for second in team scoring with three goals and three assists. Gregor had a third period goal for the Royals in Game 5.

Jared Freadrich: The 19-year-old leads all Royals defencemen with a goal and three assists for four points in the series. He led the Royals during the regular season as well with 32 points.

Chaz Reddekopp: Could this be the final WHL game for the 20-year-old? The LA Kings prospect is certainly hoping that’s not the case. The 6’4”, 227 pounder has an assist so far in this series.

Griffen Outhouse: The 19-year-old veteran is 2-3 in the series with an .888 save percentage and a 3.66 goals-against-average. He’s 1-1 in games played at the LEC in this series.

The Collective Urgency: How many Royals are ready for their season to be done? There’s a lot of experience and a lot of pride in that locker room. They’re not going to make this easy on the Giants. Not one bit.

Tyler Benson: The Giants captain has secured at least a point in every game so far this series. He leads all Giants with a goal and six assists for seven points.

Dawson Holt: The 18-year-old is coming off a two-assist Game 5 and has two goals and four assists for six points so far through five games. He’s been of the many breakout performers for the Giants in the playoffs so far.

Bowen Byram: With two goals in Game 5 and three goals in the series, Bowen Byram leads all Giants in scoring from the back-end. He was named the first star of Game #5.

David Tendeck: The 18-year-old draft eligible goaltender responded wonderfully in Game 5 with a 26 save performance to help guide the Giants to their third victory of the series. He’s now 2-1 for the series with a 3.68 goals-against-average and an .885 save percentage.

Just Play: The Giants have been at their best this series when they’ve taken nerves out of the equation. This afternoon with a big crowd behind them, all they need to do is play to their strengths. If they can do that, they’ll give themselves an excellent chance to win Game 6 and head off to Round 2.