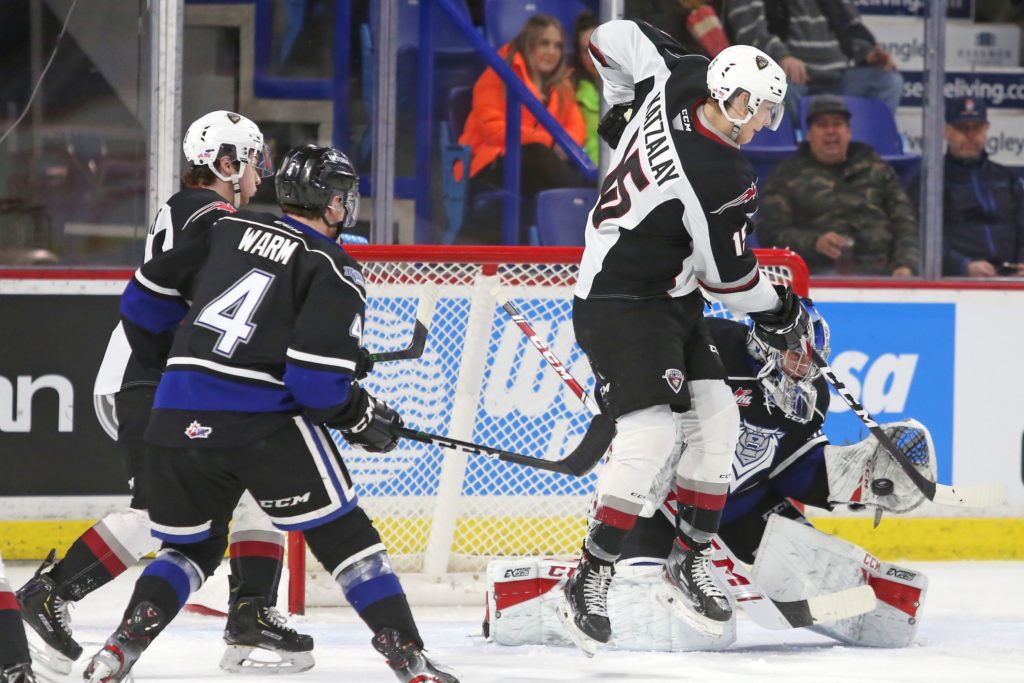 Tonight at the LEC the Vancouver Giants (26-20-3-2) take to the ice for their most important regular season game to this point in the 2019-20 season. Michael Dyck’s crew are gunning for their eighth straight victory and in order to get it, they’ll need to take down the Victoria Royals (28-19-4-1) who bring their own four-game winning streak into battle this evening.

Last Game: A 3-1 victory over Red Deer on Tuesday at home.

2000-born forward Kaid Oliver (White Rock, B.C.) returns to the Lower Mainland tonight looking to extend his point streak to five games. Oliver comes into tonight’s game with five points in his last four games (3G, 2A). In Victoria’s most recent victory over Red Deer, Oliver supplied the Royals with the insurance goal late in the third in what ended as a 3-1 victory.  So far this season, in three meetings with the Giants, Oliver has recorded one goal and one assist. Now in his fourth season with the Royals, Oliver has recorded 38 points in 41 games (17G, 21A) and has registered 119 points through 224 games (52G, 67A) over the span of four seasons.

Through six meetings so far this season the Royals have snagged three wins from the Giants. Two of their three wins have come on the road. The Royals have been outscored 14-11 over the course of the six games. The list of results can be found below:

Tarun Fizer leads all Royals with a goal and three assists against Vancouver.

Last Game: A 4-1 victory over Red Deer on Wednesday at home.

As the Giants look to wrap up their home stand on a winning note, the 2019 fourth overall pick of the Colorado Avalanche Bowen Byram continues to deliver. Byram is on a six-game point streak (3G, 10A), and he is currently on a four-game multi-point streak. Byram is relied upon in all situations for the Giants and has been especially effective (as of late) on the power play. The 2001-born Cranbrook native has recorded eight powerplay points (1G, 7A) in his last six games. For the season, Byram now has six goals and 28 assists for 34 points to lead all Giants blueliners. Byram is in his third full season with the Giants and during his tenure he has recorded 132 points in 177 games (38G, 94A). Byram currently ranks third all-time in points for a Giants defenceman trailing only Jonathan Blum and Neil Manning.