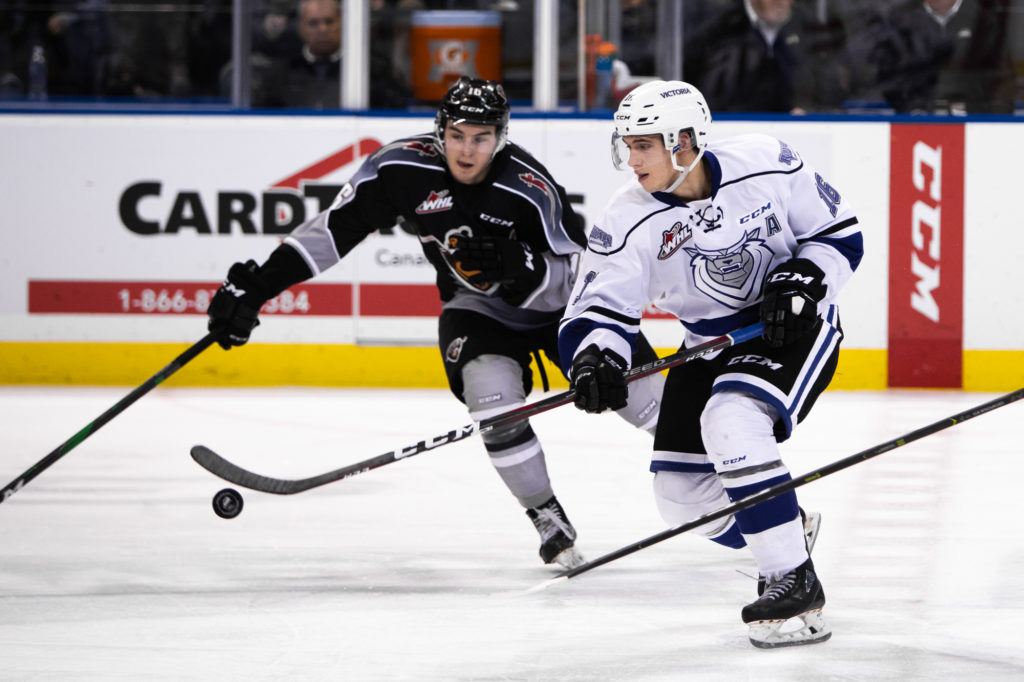 This afternoon at the LEC the Vancouver Giants kick off 2020 with a home showdown with their closest rivals. Chapter 4 of the Vancouver Giants, Victoria Royals 2019-20 goes down today at 2:00 PM. The G-Men have won three straight and could secure their longest winning streak of the season with two points today. The Victoria Royals are coming off a 4-1 road victory in Kamloops on Monday and they enter play with a four point lead on the Giants for third place in the  B.C. Division standings.

The Royals currently hold the WHL’s third ranked penalty kill at 99/115=86.1%. This comes alongside the league’s third best road penalty kill, which sits at 40/47=85.1%. Since the holiday break, Victoria has killed off all 12 opponent powerplays in their three contests.

Royals’ forwards Kaid Oliver and Tarun Fizer are both currently riding multi-game point streaks. Oliver extended his streak to five games on Monday night and now has eight points (4g-4a) over that span. Fizer is on a three-game point streak and has collected two goals and four assists in those contests.

Last Game: A 6-2 win at home Saturday over the Kelowna Rockets

Giants rookie forward Cole Shepard sure wrapped up 2019 with a bang. The 2002-born forward from West Vancouver, B.C. recorded the first three-point game of his young WHL career on Saturday when he posted two goals and an assist against the Kelowna Rockets in a 6-2 victory for the Giants. Both of Shepard’s goals came during a four-goal first period for the Giants. Through 22 games this season, Shepard now has eight goals along with four assists for 12 points. In three games this season against Victoria, Shepard has managed one goal.

This afternoon marks a significant milestone for Giants forward Tyler Preziuso. The product of Victoria, B.C. will be suiting up in his 300th career WHL game. Preziuso’s tenure with the Giants hasn’t been a long one, but he’s sure made a strong first impression. In six games with the Giants, Preziuso has compiled five goals and an assist for six points. Since acquiring Preziuso the Giants are 4-2. Preziuso leads all active WHL’ers in games played.