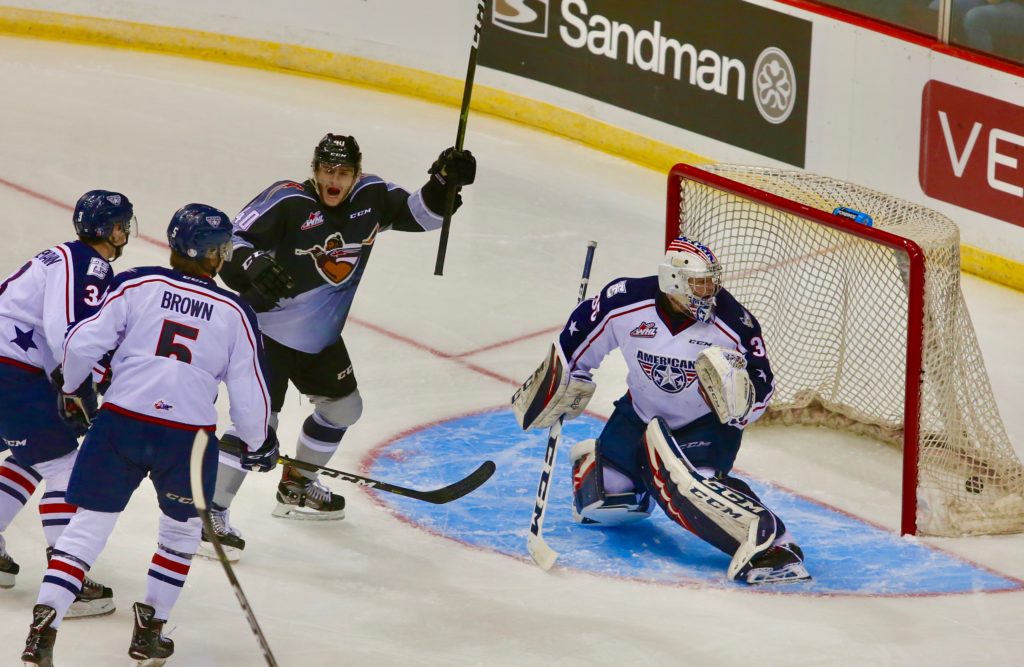 Tonight at the LEC the Vancouver Giants return to action looking to secure their longest winning streak of their season to date. The Giants come into tonight’s game riding a five-game winning streak that began on November 21st in Seattle against the Thunderbirds. Last night at the Pacific Coliseum the Giants were full marks in a 5-2 decision over the Tri-City Americans. For Tri-City tonight’s game marks their third in as many days, and they’ll look to snap a modest two-game losing streak when they battle the Giants for a second time in as many days this evening.

1998-born defenceman Aaron Hyman comes into tonight’s game riding a five-game point streak of his own and has notched an assist in each of his first three games in a Tri-City Americans uniform. Hyman was acquired by the Americans in a trade earlier this week with the Regina Pats in exchange for forward Brett Clayton and some draft picks. This season he’s tallied five times while adding 22 assists for 27 points. His 27 points ranks him tied for fourth in WHL scoring among defencemen. Checking in at 6’5″ and 221 pounds, Hyman has established himself as a reliable two-way defender who historically has played some of his best hockey in the playoffs. Hyman has played in each of the previous two Memorial Cup tournaments having played for the host Regina Pats last season, and the 2017 WHL champion Seattle Thunderbirds. Hyman has suited up in 192 career WHL games and another 30 WHL playoff games.

A 19TH STRAIGHT START FOR WARM?

1999-born goaltender Beck Warm has started all but one game this season for the Tri-City Americans. Last night Warm impressed despite the loss. He made 32 saves on 36 shots faced. Considering this is the third game in three nights for Tri-City, it could mean a rare start for rookie Talyn Boyko. The 2002-born goaltender checks in a 6’6” and hasn’t started a game since October 13th. In two appearances this season, Boyko is 1-0 with a 3.75 goals-against-average and an .861 save percentage.

THE STREAKS LIVE ON:

Coming into tonight’s game the following streaks are still alive and well:

A MEMORABLE FIRST GOAL FOR PATRICIAN:

2001-born forward Evan Patrician scored his first ever WHL goal in last night’s victory against the Tri-City Americans. With that goal every active player on the Vancouver Giants roster has scored at least one WHL goal. Patrician was selected by the Giants in the seventh round of the 2016  WHL Bantam Draft and has now managed a goal and two assists through 19 games this season. He’s suited up in 28 career games for the Giants so far.