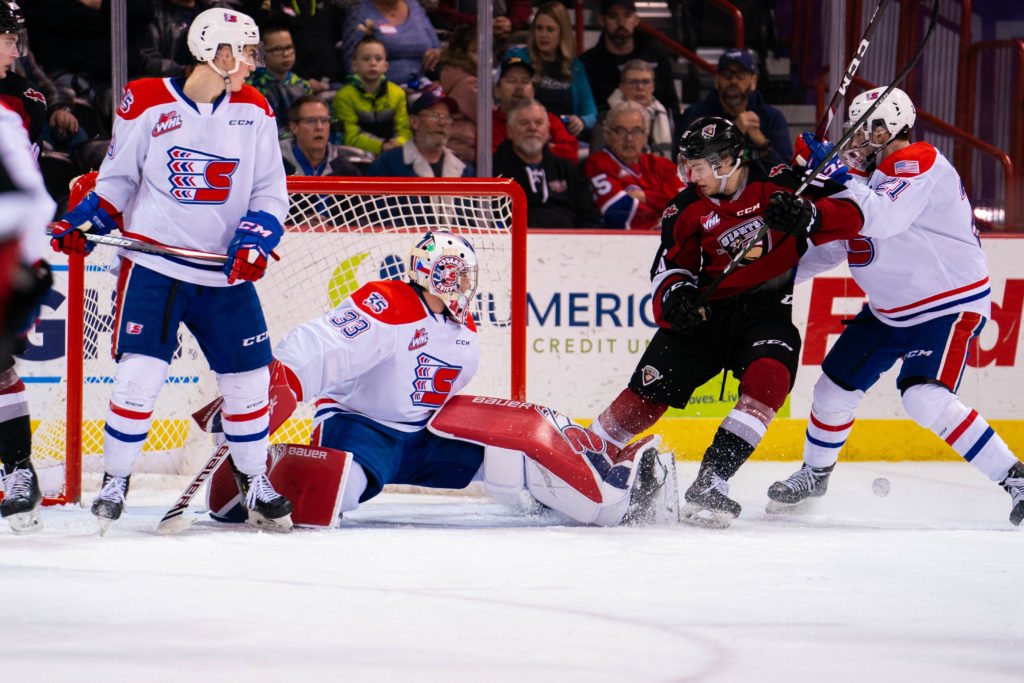 Tonight at the Langley Events Centre, the Vancouver Giants and Spokane Chiefs will meet once again in the back-half of their weekend double-header. Tonight’s game is presented by Canada Life. Last night in Spokane the Giants put forth a strong effort, but fell 3-1 thanks to a 41 save effort from Chiefs netminder Lukas Parik. The Giants are 0-2-1-1 to start 2020 and will look to get back on a winning track tonight in front of a frenzied LEC crowd.

Last Game: A 3-1 win last night at home against Vancouver

Last night at home, Los Angeles Kings prospect Lukas Parik turned in a first-star performance for the Chiefs in their 3-1 win over the Giants. Parik faced 42 shots and stopped all but one of them en route to his 10th win of the season. 35 of the 42 shots he faced came in the final two periods. His 41 saves last night were a season-high. He’s now 1-0-1-0 against the Giants this season.

2001-born forward Adam Beckman is enjoying a phenomenal sophomore season in the Western Hockey League. The Saskatoon, SK native has already posted 29 goals and 33 assists for 62 points which has him tied for first in WHL scoring alongside Medicine Hat Tigers forward James Hamblin. Beckman’s 29 goals are ranked second in the league, trailing only Everett forward Bryce Kindopp. Last night against the Giants, Beckman extended his point-streak to 12 games with an assist on the Chiefs third goal of the game. Over the course of his 12-game point streak, Adam Beckman has notched 16 goals and eight assists for 24 points. Beckman has already matched last season’s total of 62 points and he’s done so playing in 30 fewer games.

2000-born forward Tristen Nielsen continues to produce consistent offence for the Vancouver Giants in 2019-20. The product of Fort St. John, B.C. leads the Giants in goals (19) and points (38) and is on pace to shatter his previous season highs in all offensive categories. Nielsen had the Giants lone goal last night in Spokane and has now scored in each of his team’s past three games, all of which were played on the road. Nielsen has compiled 18 points over the course of his past 15 games and his next goal will help him get to the 20-goal mark for the first time in his career that has spanned 196 career games.

A SOLID DEBUT FOR FLORCHUK:

Two days removed from a trade that saw Eric Florchuk join the Vancouver Giants from the Saskatoon Blades, the 2000-born forward from Fort Saskatchewan, AB looked right at home with the Giants last night in Spokane. Florchuk assisted on the lone Giants goal of the night, and had three shots while skating alongside Tristen Nielsen and Tyler Preziuso. Florchuk has now managed 25 points through 34 games.