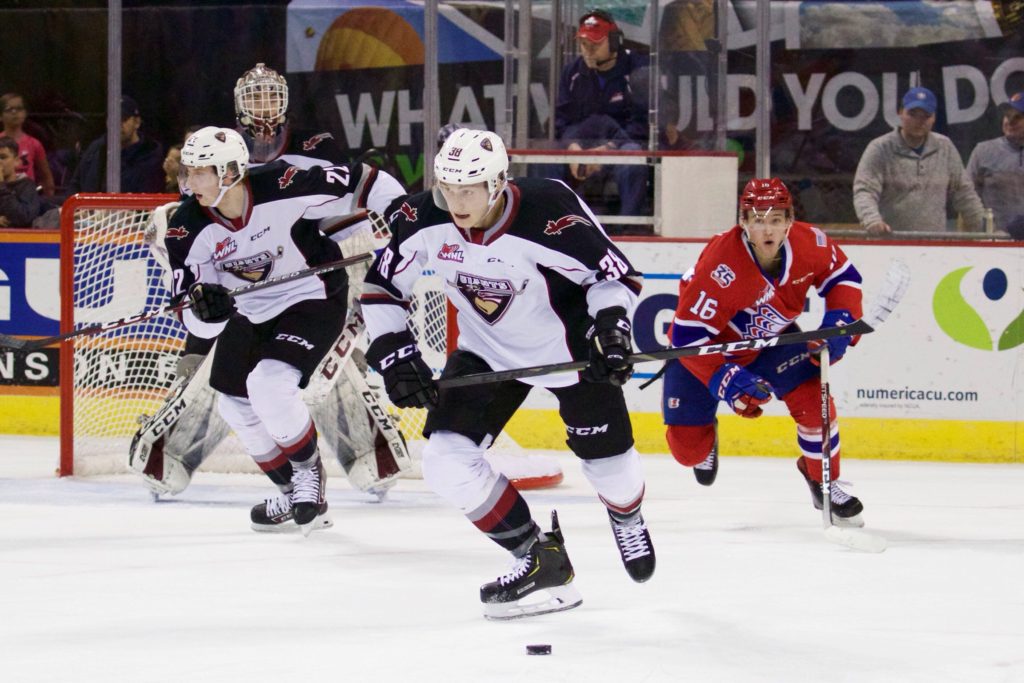 Tonight at the LEC the Vancouver Giants kick off their December home schedule with their second meeting of the season with the Spokane Chiefs. Last week on Friday, the Giants were 3-2 overtime winners against the Chiefs, erasing a 2-0 third period deficit in the process. Tonight’s game marks the first home matchup for the Giants in Langley since April 26th where the Giants eliminated the Chiefs from the playoffs in the 2019 Western Conference Finals.

Last Game: A 4-1 victory at home for the Chiefs on Tuesday night against Seattle

Minnesota Wild prospect Adam Beckman continues to lead the way offensively for Spokane. The Saskatoon, SK native leads the Chiefs with 13 goals and 25 assists for 38 points. In his past five games he’s notched four goals and four assists for eight points. Two of those points came last Friday against the Giants.

SMITH GETS THE CALL TO CANADA:

Ty Smith will be joining Bowen Byram in Oakville, ON next week at Hockey Canada’s World Junior Selection Camp. The product of Lloydminster, AB represented Canada at last year’s tournament and is one of three returning players eligible to compete again for Canada at the event. The other two eligible returnees are Alexis Lafreniere and Jared McIsaac. In 19 games with the Chiefs this season, Smith has scored four goals along with 13 assists for 17 points.
SPOKANE NOTES:

If all goes according to plan, tonight may be the final time you’ll watch Bowen Byram at the LEC in 2019. That’s because on Monday, the 2019 fourth overall pick of the Colorado Avalanche is heading to Oakville, ON to join 30 others for Canada’s World Junior Selection Camp. Byram was one of 10 defencemen and eight WHL’ers invited to compete for a spot on Canada’s 2020 IIHF World Junior roster. If Byram cracks Canada’s roster he’d be the first Giant to do so since Brendan Gallagher in 2012. So far this season Byram has scored three goals and added 14 assists for 17 points in 25 games.

Exactly one week ago the Giants completed a third period comeback in a 3-2 overtime victory over the Spokane Chiefs. Milos Roman and Justin Sourdif scored in the third period for Vancouver and then Tristen Nielsen completed the comeback with the overtime winner with 1:41 remaining in the extra frame.