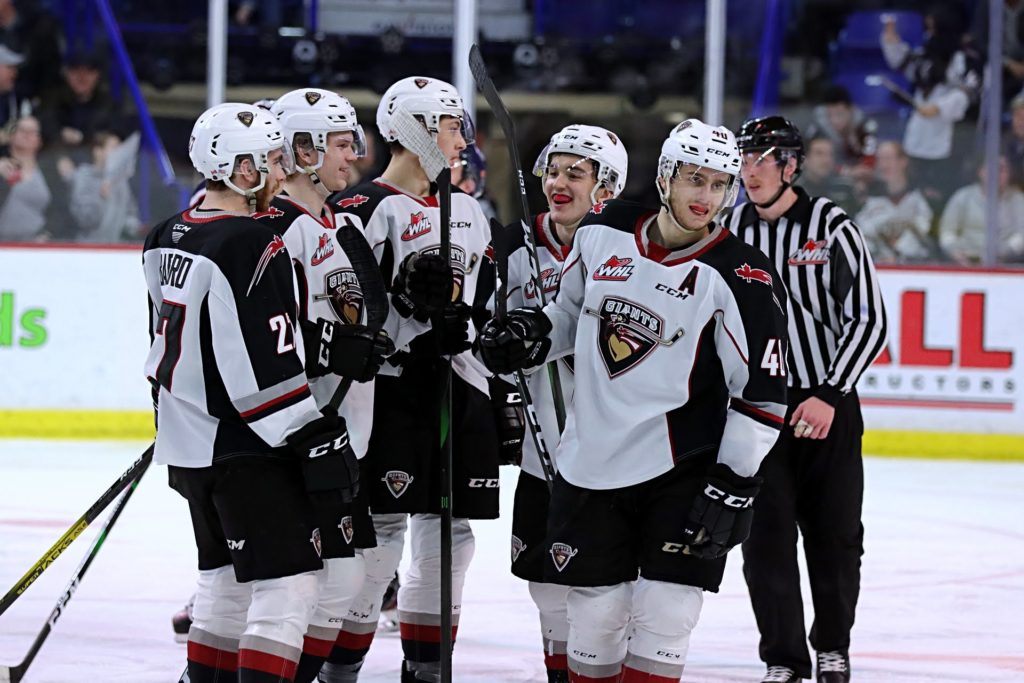 Tonight at the LEC the Vancouver Giants continue their five-game home stand when they host the Red Deer Rebels for the first and only time this season. Michael Dyck’s crew has earned wins in each of their past six games, and tonight will look to earn their fourth win in a row against Red Deer dating back to 2017-18.

Last Game: A 3-1 loss last night against Victoria on the road.

As the Red Deer Rebels prepare to make their only appearance this season at the LEC, Surrey native Arshdeep Bains is chomping at the bit. The 19-year-old leads the team with 41 points (16G, 25A) and comes into tonight’s game with five points in his past six games and one goal and eight assists for nine points in his last seven. Now in his third season in the WHL, Bains has hit career highs across the board. After finishing last season with 18 points in 63 games, he is now sitting at 41 through 52 games. For his WHL career Bains has suited up in 154 career regular season games with the Rebels and has managed 24 goals and 42 assists for 66 points. Not bad for a player who was never selected in the WHL Bantam Draft. Bains is eligible for the 2020 NHL Draft.

2000-born forward Josh Tarzwell comes into tonight’s game with 24 goals to lead the Rebels. The Red Deer native has added seven assists for 31 points which is already three points clear of his previous season high (28) that he secured last season. He’s scored in three of his past six games. Tarzwell was originally acquired by the Rebels in December 2017 in a trade with Lethbridge. Tarzwell has appeared in 226 career regular season games (Lethbridge, Red Deer) and has 47 goals along with 44 assists for 91 points.

Last Game: A 7-3 victory at home on Sunday against Kamloops

Tyler Preziuso received national attention after posting five goals and three assists for eight points in three games played last week. On February 4th against Tri-City, Preziuso started his week with two goals in a 12-4 Giants victory over the Tri-City Americans. Then on Saturday, February 8th, Preziuso added a goal and an assist for the Giants in a 5-2 victory over the Prince George Cougars. His best game of the week though came Sunday, February 9th against Kamloops as he posted two goals and two assists for four points in a spirited 7-3 victory over the B.C. Division leading Kamloops Blazers. For his efforts, Preziuso was named to the CHL Team of the Week. Since joining the Giants in a December trade with Medicine Hat, the 1999-born product of Victoria, B.C. has scored 13 times while adding six assists for 19 points in 22 games.