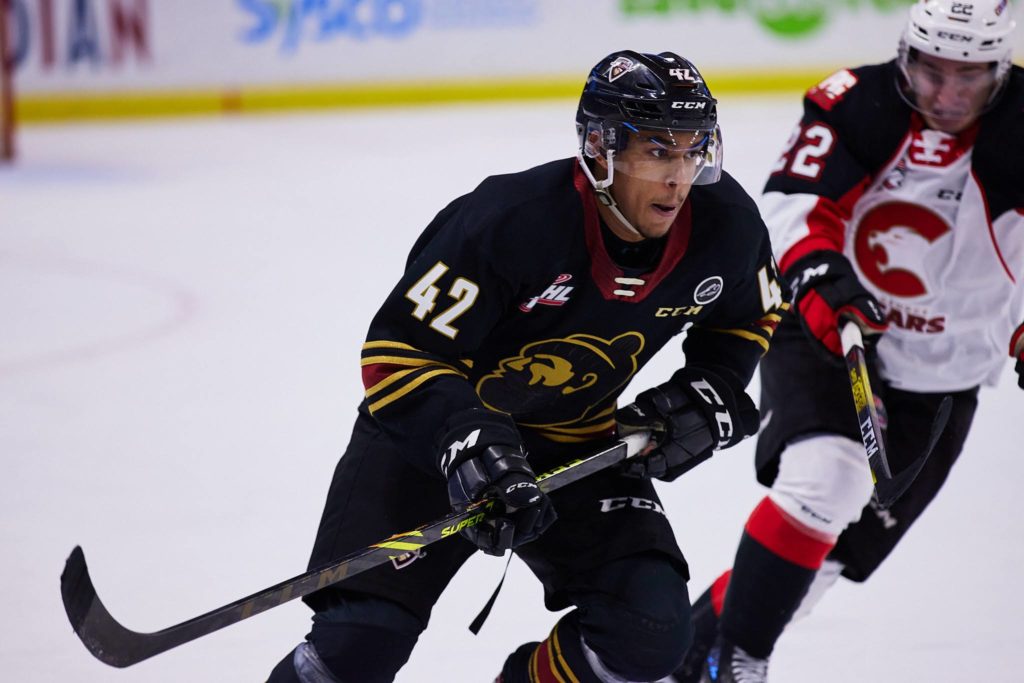 Tonight at the LEC, in front of a national TV audience, the Vancouver Giants return to action for the first time since January 2nd when they kick off a weekend double-header at home against the Prince George Cougars. The Cougars themselves have been idle since January 1st. Heading into action this weekend there are just three points separating these two teams in the Western Conference standings.

Last Game: A 7-1 loss on the road on January 1st in Kamloops.

Riley Heidt’s first full season in the WHL is proving to be a successful one. Originally selected second overall in the 2020 WHL Prospects Draft, the 2005-born forward from Saskatoon comes into this weekend with nine goals and 13 assists for 22 points in 29 games. The talented rookie currently sits tied for second in team scoring and ninth in WHL rookie scoring. Over the span of his last seven games, Riley Heidt has managed four goals and four assists for eight points. Three of those points came against the Vancouver Giants on December 15th at the CN Centre. In seven games so far against Vancouver, Heidt has two goals and three assists for five points to rank him tied for second with defenceman Hudson Thornton.

Last Game: A 4-3 overtime victory over the Kelowna Rockets at home on January 2nd.

LIVE BY THE ‘SOURD’

Giants captain Justin Sourdif wasted little time in making a big impact after his return from the World Juniors. On Sunday, January 2nd, Sourdif produced a pair of assists in the Giants 4-3 overtime victory over the Kelowna Rockets. Those two helpers added to his team-leading 31 points and 23 assists. In 22 games this season Sourdif has also registered 12 multi-point games and three game winning goals. Over the course of his past 10 games dating back to November 19th against Everett, he’s recorded three goals and 11 assists for 14 points, and has at least one point in nine of those 10 games. He’s been especially effective against Prince George having scored twice and added five assists for seven points in just three games against them.

Earlier this week NHL Central Scouting released their mid-term rankings list, and Giants forward Justin Lies cracked the list at #175. Lies, a 2003-born forward from Flin Flon, MB enters the weekend with four goals and four assists for eight points in 19 games. In 89 career games in the WHL with the Vancouver Giants, Lies has eight goals and 14 assists for 22 points along with 72 penalty minutes. In six games so far this season against Prince George, Lies has produced two goals and one assist for three points.