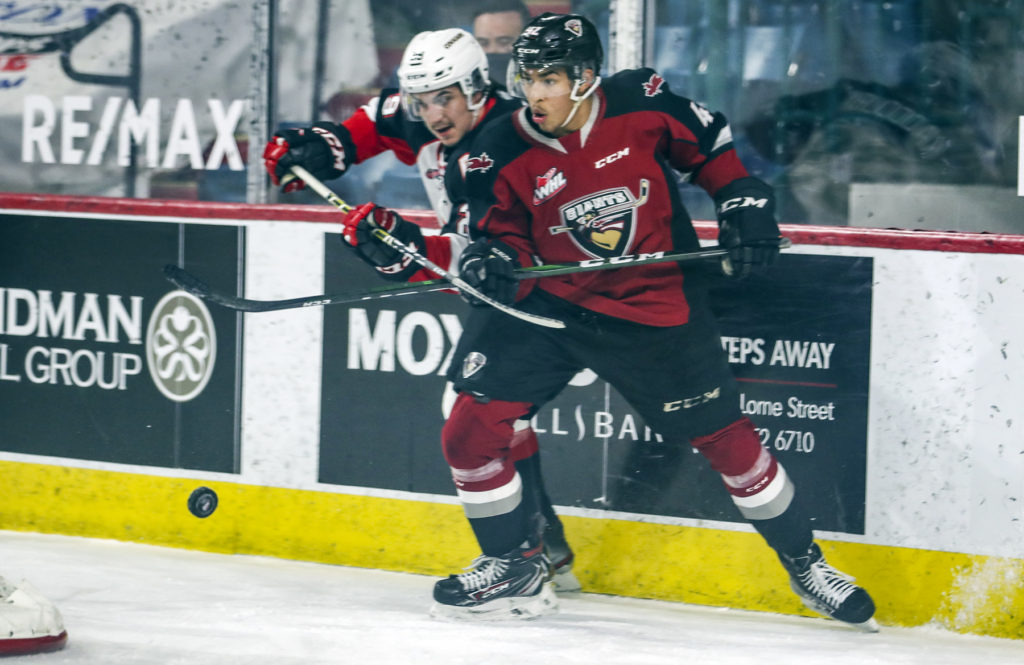 For the first time in a span of 588 days, the Vancouver Giants are thrilled to welcome the best fans in the Western Hockey League back to the friendly confines of the Langley Events Centre for the White Spot Home Opener. Tonight, to kick off their home schedule, the Vancouver Giants (1-0) go head-to-head with their Northern B.C. foes, the Prince George Cougars (0-1). Last weekend on the Island, the Vancouver Giants kicked off their 2021-2022 season with a 5-0 shutout victory over the Victoria Royals, and now tonight the G-Men will look to silence a young, up-and-coming Prince George Cougars squad that features the second overall pick from the 2020 WHL Prospects Draft, Riley Heidt.

Last Game: A 5-4 loss at home last Saturday against the Kamloops Blazers.

Prior to the start of the 2021-2022 season, the Prince George Cougars named 2001-born forward Jonny Hooker captain. Hooker was an Alternate Captain during the 2020-21 BC Division Hub season and had 11 points (6g-5a) in 18 games. The product of Winnipeg, MB has played in 176 career Regular Season games in the WHL and has compiled 45 points (26g-19a) to go along with 80 penalty-minutes.

Delta, B.C. native Ethan Samson was drafted by the Philadelphia Flyers in the 6th round, 174th overall, in the 2021 NHL Draft in July. The 2003-born defenceman recorded 12 points (1g-11a) in 22 games during the 2020-2021 BC Division Hub season. He was the Cougars’ top scoring defenceman this past season and led the team in assists (11), shots on goal (64), and was second in plus/minus (+3). He had four assists in six games against Vancouver.

Last Game: A 5-0 road victory on Saturday against the Victoria Royals.

Fresh off signing a three-year entry-level contract with the Ottawa Senators, 2003-born forward Zack Ostapchuk (St. Albert, AB) makes his 2021-2022 season debut tonight for the Vancouver Giants. Originally selected 12th overall by the GIants in 2018, Zack Ostapchuk is entering his third full season in the WHL. During the 2021 Hub Season in Kamloops/Kelowna, he finished tied for third in team goal scoring (7) and fifth in total points (16). In July, the Ottawa Senators selected Zack Ostapchuk with the 39th overall selection in the 2021 NHL Draft.
LAST GAME

On Saturday, October 2 on Vancouver Island, the Vancouver Giants earned a 5-0 victory over the Victoria Royals. Five different Giants (Sourdif, Hall, Horning, Mount and Leslie) found the back of the net and four of those five goals came in the first period. Between the pipes, Vegas Golden Knights prospect Jesper Vikman stopped all 16 Victoria shots he faced to earn a shutout in his WHL debut. The G-Men responded with 48 shots of their own.