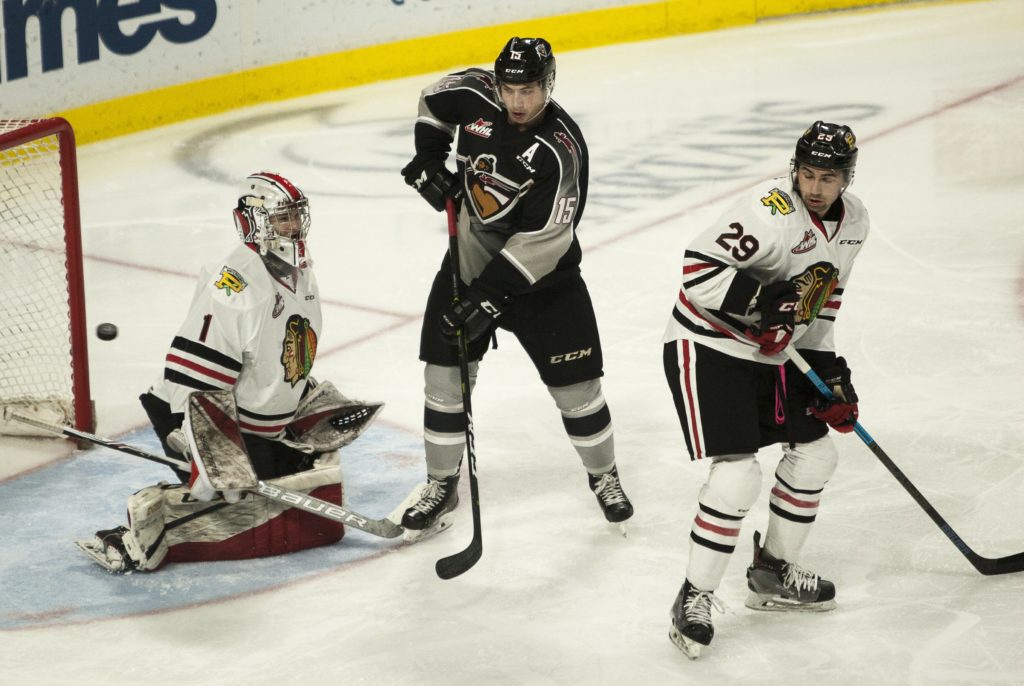 This afternoon at the LEC the Vancouver Giants wrap up their season series with the Portland Winterhawks at 3 PM! The Giants bring a seven-game winning streak into this afternoon’s contest while the Portland Winterhawks look to secure their third victory in as many games. The Giants are coming off a 2-0 road victory against Kelowna and come into today tied with Everett for first place in the Western Conference standings while still holding one game in hand. The Giants are 0-2-1-0 so far this season against Portland.

Joachim Blichfeld’s final season in the WHL has been one for the books. The 1998-born product of Frederikshavn, DEN comes into tonight’s game leading the WHL in both goals (48) and points (98). He’s accomplished those totals through 57 games played. Over his past three games, Blichfeld has scored three goals along with three assists for six points. Yesterday against Seattle Blichfeld led all Portland skaters with three goals and one assist. He’s looking to become the first Portland Winterhawk to record 50-or-more goals in a season since fellow Denmark native Oliver Bjorkstrand accomplished that feat during the 2014-15 season.

Cody Glass returned to the Portland Winterhawks lineup on Friday after being sidelined for a handful of weeks with a lower body injury. The first ever draft pick of the Vegas Golden Knights has recorded a goal and three assists so far this weekend, and brings an impressive statline of 14 goals and 54 assists for 68 points in just 36 games played this season. Glass represented Canada at the 2019 World Juniors and has posted a goal and an assist for two points in two games this season against the Vancouver Giants.

Coming into today’s game the Winterhawks are five points back of the Everett Silvertips for first place in the US Division. On the other side the Winterhawks hold a 10 point lead on the Spokane Chiefs for second. The Winterhawks became the third Western Conference team to clinch a playoff spot thanks to their victory yesterday against the Seattle Thunderbirds.

Last Game: A 2-0 road victory over the Kelowna Rockets

Vancouver Giants captain Jared Dmytriw is doing everything within his power to ensure that his final season of junior hockey goes the distance. The Craven, SK native comes into tonight’s game riding a three-game goal scoring streak and over the past seven games he’s managed four goals and three assists for seven points. All seven of those games have been victories for the Giants. For the season, Dmytriw has 14 goals and 17 assists for 31 points which is a new career high. He’s just two goals shy of setting a new season high for goals in a season. Back on February 8th in Kamloops, Dmytriw suited up in his 300th career WHL game. Dmytriw currently ranks sixth in team scoring.