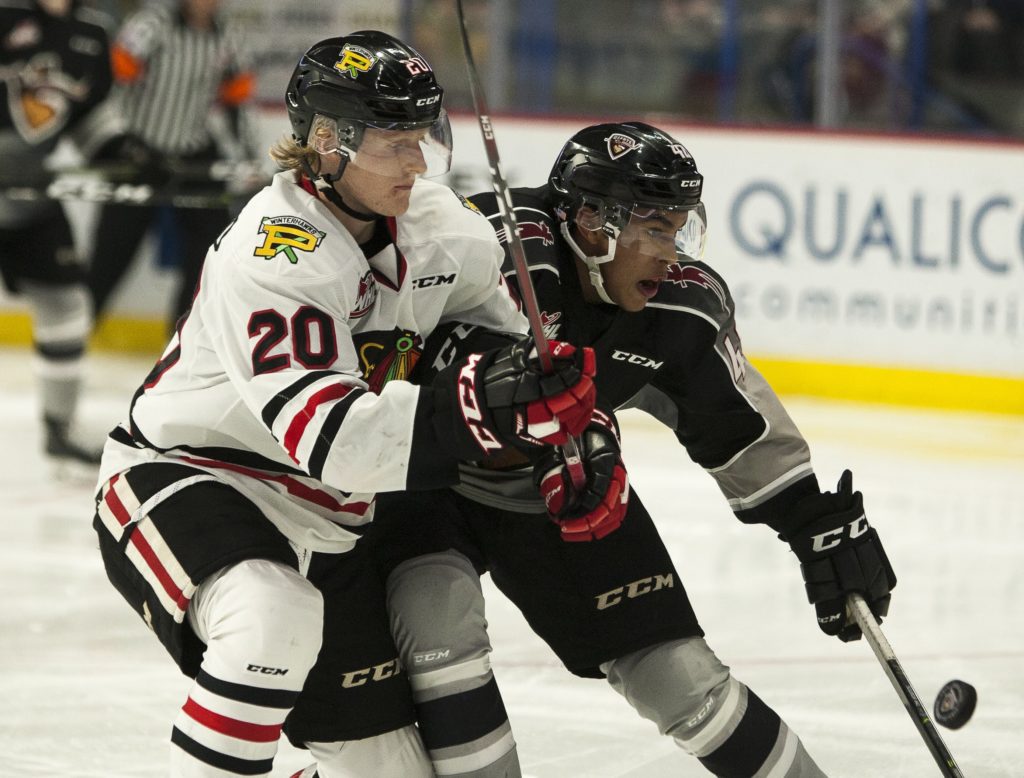 Tonight at the Langley Events Centre the Vancouver Giants take to the ice at home for the first time this season. After a 2-0 start the G-Men will look to maintain strong momentum as they play the first of three games in a span of three days. Armed with a new captain, and a motivated Bowen Byram, the Giants will no doubt feed off the frenzied crowd that’s expected tonight. Tonight’s game kicks off at 7:30 PM.

The Winterhawks are expecting big things from 2002-born forward Cross Hanas. The product of Highland Village, TX has already produced two goals an assist through two games so far. Hanas is coming off a strong rookie campaign where he registered eight goals and 14 assists for 22 points. This summer he represented Team USA at the Hlinka Gretzky Cup and managed a goal and two assists through four games. Hanas is eligible for the 2020 NHL Draft. Hanas’ highlight reel goal from last Saturday night against Tri-City stood as the #1 Play of the Week in the WHL.

2001-born forward Reece Newkirk led all Portland Winterhawk skaters with five goals against the Vancouver Giants last season. The product of Moose Jaw, SK is coming off a season where he potted 23 goals and 36 goals for 59 points in a span of 68 games. For his efforts, he was drafted by the New York Islanders in Round 5 of the 2019 NHL Draft in Vancouver. He was originally a third-round pick of Portland in the 2016 WHL Bantam Draft.

The Vancouver Giants received some big news yesterday when they learned that 2001-born defenceman Bowen Byram had been reassigned to the Vancouver Giants from the Colorado Avalanche. Byram was selected fourth overall by the Colorado Avalanche in the 2019 NHL Draft in Vancouver and appeared in four NHL preseason games with the Avs. Last season with the Giants, Byram re-wrote the history books by setting a new single-season franchise record for goals by a Giants defenceman (26). He also set a new single-season WHL record with six overtime winning goals. He added 26 points in 22 playoff games to lead the entire WHL, making him the first defenceman ever to do so. In 138 career games with Vancouver, Byram has posted 32 goals and 66 assists for 98 points.

Yesterday the Vancouver Giants announced that 2000-born defenceman Alex Kannok Leipert (Regina, SK) would captain the 2019-20 Vancouver Giants. The Washington Capitals prospect is the 17th captain in the history of the franchise. Last season Kannok Leipert had five goals along with 14 assists for 19 points. He added 93 penalty minutes and a +29 rating.

WHAT A START FOR BAFARO: