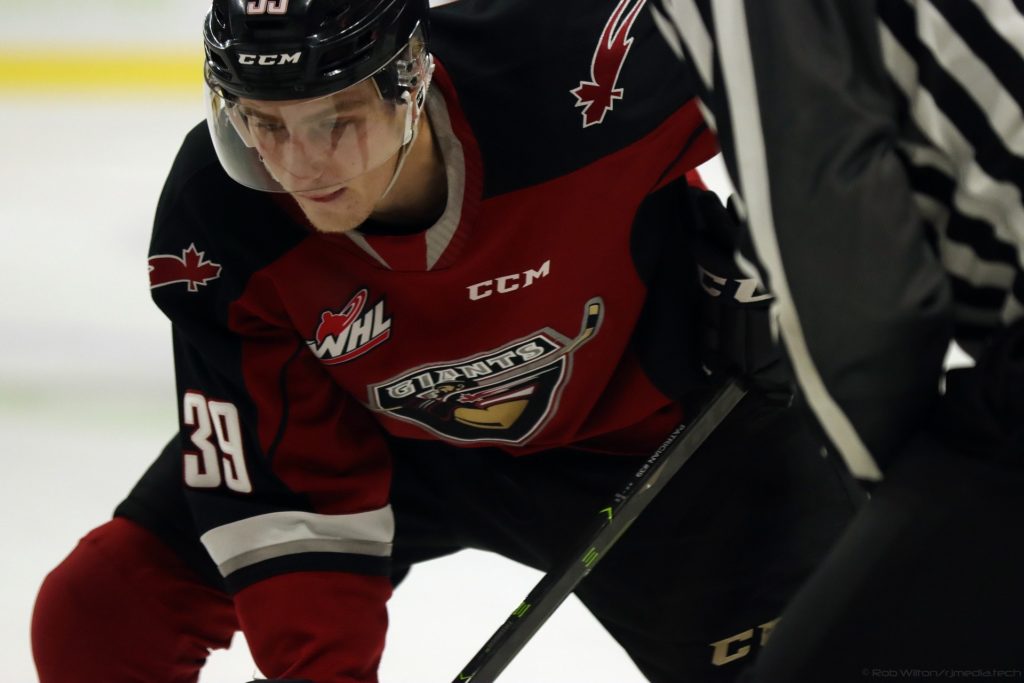 Tonight at the LEC the Vancouver Giants look to climb back above the .500 mark when they battle the Medicine Hat Tigers for the first and only time in 2019-20. Both teams are coming off 6-3 road victories last night. The Giants grabbed their eighth win of the season with a ‘W’ over the Tri-City Americans, while the Tigers kicked off their road trip with a win in Victoria.

Medicine Hat Tigers captain James Hamblin has had a remarkable WHL career. The Edmonton, AB product has secured 88 career goals along with 124 assists for 212 career points in 274 games, all with the Medicine Hat Tigers. Three of those goals came last night on Vancouver Island as the Tigers defeated the Victoria Royals 6-3. Coming into tonight’s game, Hamblin leads the Tigers with nine goals and 11 assists for 20 points. He’s recorded 20-or-more goals in each of his past three seasons, and last season he set a new single-season career high with 77 points.

A FAMILIAR FACE BEHIND THE BENCH:

For the first time since October 10th, 2010 Willie Desjardins will coach a WHL game against the Vancouver Giants. The former bench boss of the Vancouver Canucks returned to the Medicine Hat Tigers organization this summer to resume Head Coach/GM duties. Previously, Desjardins had previously spent eight seasons (2002-03 to 2009-10) at the helm of the Tigers, guiding them to championships in 2004 and 2007. So far he’s guided the Tigers to a 10-4-1-0 start.

A BIG NIGHT FOR SOURDIF:

Last night in Kennewick, WA Vancouver Giants forward Justin Sourdif recorded the first four-point game of his young WHL career. His two goals and two assists helped pace the Giants to a 6-3 victory over the Tri-City Americans. His first goal last night came with a minute and 30 seconds remaining in the second period, and tied the score at 3-3. He then clinched victory for the Giants with an empty-net goal with under two minutes remaining. For the season Sourdif now has eight goals and eight assists for 16 points, which leads the team.

Last night in Kennewick, WA the Vancouver Giants recorded a season-best six goals. Justin Sourdif led the way with four points, but he had plenty of help. Giants defenceman Dylan Plouffe had two goals and an assist while Evan Patrician, Bowen Byram and Jackson Shepard all chimed in with two assists. This season the Giants are a perfect 8-0 when they record four-or-more goals.