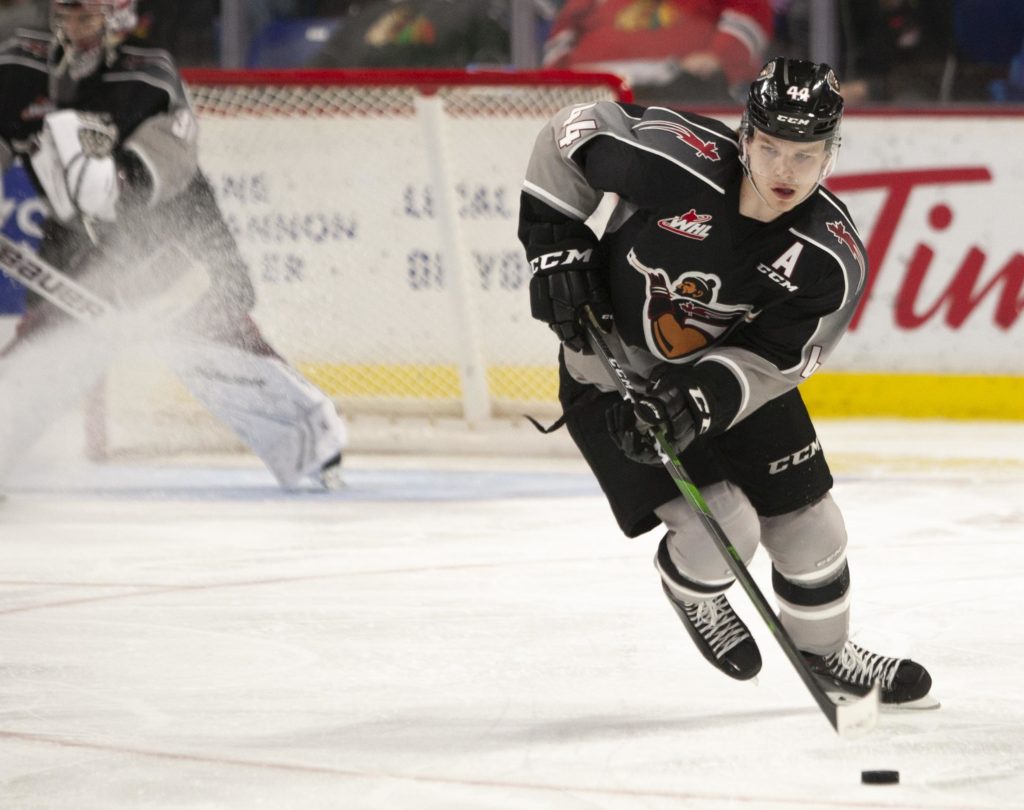 Tonight at the LEC the Vancouver Giants look to push their regulation unbeaten streak to seven straight games when they battle the Lethbridge Hurricanes. Last night the Giants earned a 4-0 victory over the Prince George Cougars. The Hurricanes were idle, but dropped a 3-2 decision in Victoria on Friday night. Tonight’s game marks the lone meeting of the season between the two clubs.

Last Game: A 3-2 loss on Friday night in Victoria

2001-born forward Dylan Cozens is widely considered to be one of the top forwards in the entire Western Hockey League. The pride of Whitehorse, YT comes into tonight’s game with 15 goals and 15 assists for 30 points through 20 games. Not only does he lead his team in scoring, but Cozens is tied for third in league scoring. Fresh off representing Team WHL at the 2019 CIBC Canada Russia Series, Cozens returned to the Lethbridge lineup on Friday and scored both goals for the Hurricanes in a 3-2 loss to Victoria. Last season Cozens scored 34 goals to go along with 50 assists for 84 points. He was selected seventh overall by the Buffalo Sabres in the 2019 NHL Draft. Through 20 games, Dylan Cozens has only failed to register at least one point three times.

2000-born forward Oliver Okuliar comes into tonight’s game with 16 goals which leads the entire WHL. The product of Trencin Slovakia recently had an 11-game point streak snapped after failing to register a point Friday in Victoria. During that 11-game span, Okuliar scored 12 goals and eight assists for 20 points. That stretch included back-to-back hat-tricks on November 1st and 2nd in Winnipeg and Brandon.

A BIG NIGHT FOR NIELSEN:

The breakout season continues for 2000-born forward Tristen Nielsen. Last night Tristen Nielsen led all Giants skaters with a goal and two assists for three points. He was named the game’s first star as the Giants blanked the Prince George Cougars 3-0. Nielsen is tied with Milos Roman for the team lead in goals (10) but leads the team in outright scoring (20 points). In his past nine games, Nielsen has compiled four goals and five assists for nine points. Having recorded 35 points in each of his past two seasons, Nielsen is on pace to obliterate that total in 2019-20.  Six of Tristen Nielsen’s 10 goals this season have come in the third period.

Would you rather face Trent Miner – A Colorado Avalanche prospect and the reigning Goaltender of the Week in the WHL? Or would you rather face Arizona Coyotes prospect David Tendeck who just earned his league-leading third shutout of the season last night against Prince George. The goaltending for the Giants has been spectacular in November, and has been a huge reason why they’ve gone six straight games without a regulation loss.