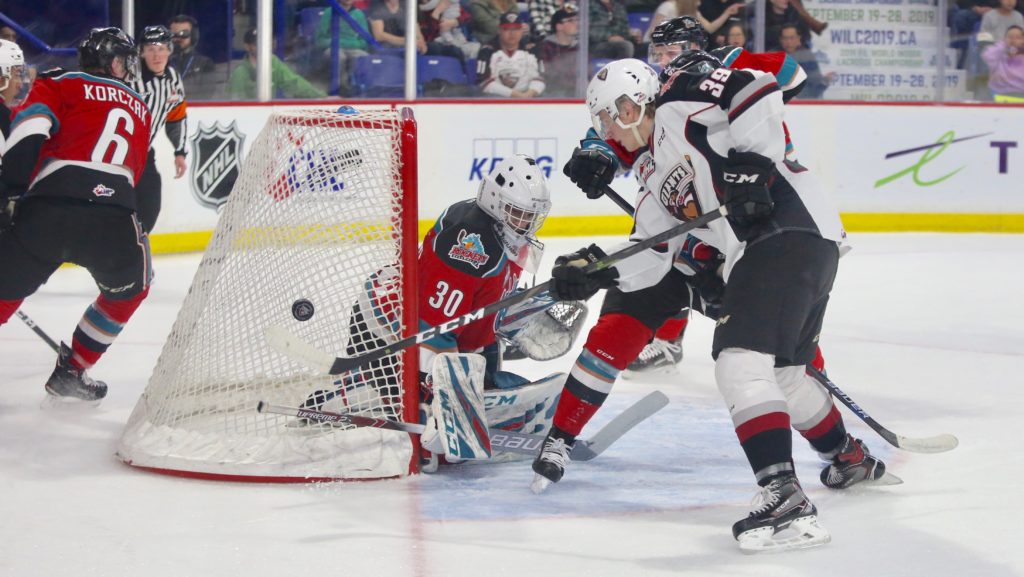 Tonight at the LEC, the Vancouver Giants look to snap a modest two-game skid when they take the ice against the 2020 Memorial Cup hosts, the Kelowna Rockets. So far this weekend the Giants are 0-2 having dropped games to both Portland and Kamloops. Tonight marks another stiff test for Michael Dyck’s crew as they battle a Kelowna Rockets squad that is 2-0-1-0 on the young season.

1999-born forward Kyle Topping has scored a goal in each of the Kelowna Rockets first three games this season. Last season Topping posted a new career high with 23 goals and 69 points through 68 games and registered three goals and two assists against Vancouver. Not bad for a player who was selected by Kelowna in Round 11 of the 2014 WHL Bantam Draft.

2000-born forward Dillon Hamaliuk is off to a scorching start for the Kelowna Rockets. The Leduc, AB native comes into tonight’s game with three goals and two assists through his first three games. Last season with Seattle, Hamaliuk’s season was limited to just 31 games because of injury. Yet he still managed to produce 11 goals and 15 assists for 26 points. The San Jose Sharks obviously liked what they’d seen, because they selected Hamaliuk in the second round (55th overall) in the 2019 NHL Draft.

THE STREAK CONTINUES FOR SOURDIF:

So far, so good for 2002-born forward Justin Sourdif. The product of Surrey, B.C. has been an offensive catalyst for the Vancouver Giants in the early stages of the 2019-20 season. So far, Sourdif has registered two goals and four assists through four games to lead the team. Last season, Sourdif scored 23 goals along with 23 assists for 46 points, leading all 16-year-old WHL skaters in scoring. Sourdif’s 23 goals last season puts him in elite company as Evander Kane and Gilbert Brule are the only other two Giants to ever surpass 20 goals during their 16-year-old season. Sourdif is considered a top prospect for the 2020 NHL Draft, and last month he helped Team Canada earn a Silver Medal at the 2019 Hlinka Gretzky Cup.