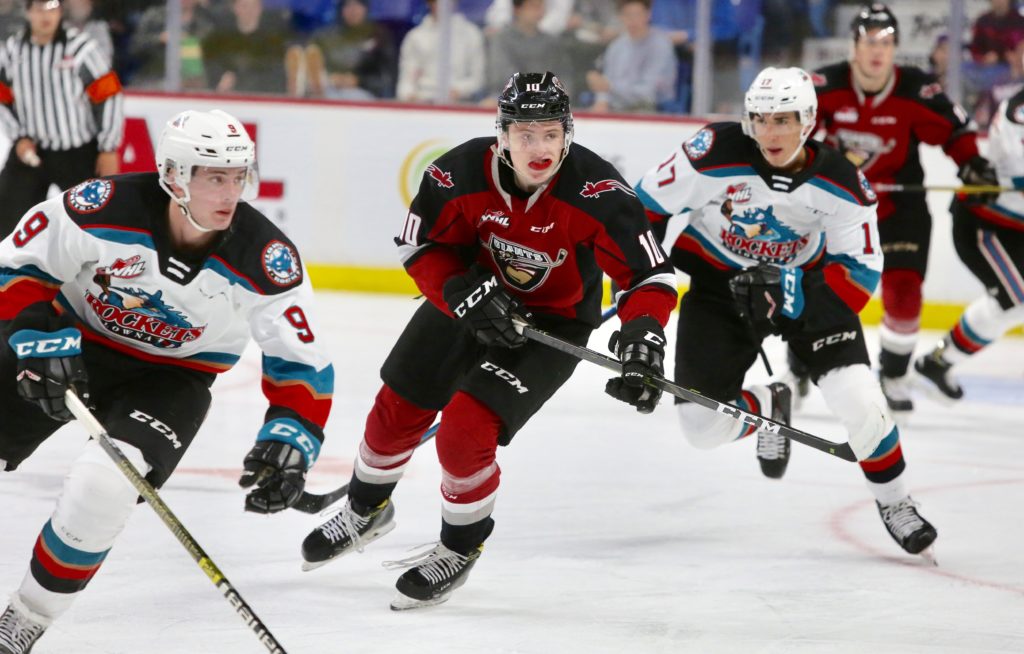 Tonight at the LEC the Vancouver Giants take to their home ice for the final time in 2019 when they clash with the 2020 Memorial Cup hosts, the Kelowna Rockets. The Giants are looking for their third straight win, and are coming off a 2-1 road victory last night in Victoria. Meanwhile the Kelowna Rockets are looking to snap a modest two-game losing streak. They dropped a 4-0 decision last night at home to Kamloops. The Giants are 2-0 against Kelowna this season and could move within three points of the Rockets in the B.C. Division standings with a regulation win.

The Kelowna Rockets are 0-2 on the season against the Vancouver Giants. The Rockets dropped a 4-0 decision to the Giants at the LEC back on September 29th and then also fell 4-3 to Vancouver at home on December 18th. Kelowna goals have come via Pavel Novak, Jadon Joseph and Matthew Wedman. Both Roman Basran and Cole Schwebius are 0-1 against the G-Men between the pipes.

A veteran of 283 career regular season games, and an additional 49 playoff tilts, Rockets forward Matthew Wedman brings valuable championship experience to the 2020 Memorial Cup hosts. Acquired earlier this month in a trade with Seattle, Matthew Wedman, a prospect of the Florida Panthers has scored three goals along with three assists for six points in his first eight games in a Kelowna uniform. The 6’3″, 209-pound product of Edmonton, AB has notched nine goals and 14 assists for 23 points in 27 games combined with Seattle and Kelowna. Wedman did score against the Giants back on December 18th in a 4-3 loss. Last season with Seattle Wedman posted three goals and three assists for six points in six playoff games against the Giants in Round 1 of the Western Conference playoffs.

Only two goaltenders have played more games in a Vancouver Giants uniform than 1999-born North Vancouver native David Tendeck. The 2018 draftee of the Arizona Coyotes has suited up in 130 games with the Giants. Only Payton Lee (140) and Tyson Sexsmith (172) have played in more. Coming into tonight, David Tendeck is 10-8 on the season with a 2.10 goals-against-average and a .918 save percentage. His goals-against average ranks fourth in the WHL and his three shutouts rank him third. David Tendeck has won each of his past two starts, including last night’s 2-1 road victory in Victoria against the Royals. Tendeck turned aside 27 of Victoria’s 28 attempts on the night, including the final 24 shots he faced in the final two periods. David Tendeck has faced Kelowna twice this season and has beaten them both times while posting a 1.50 goals-against-average and a .929 save percentage.

A SEASON OF FIRSTS:

Six Vancouver Giants have all recorded their first WHL goals this season. Here’s a complete list: