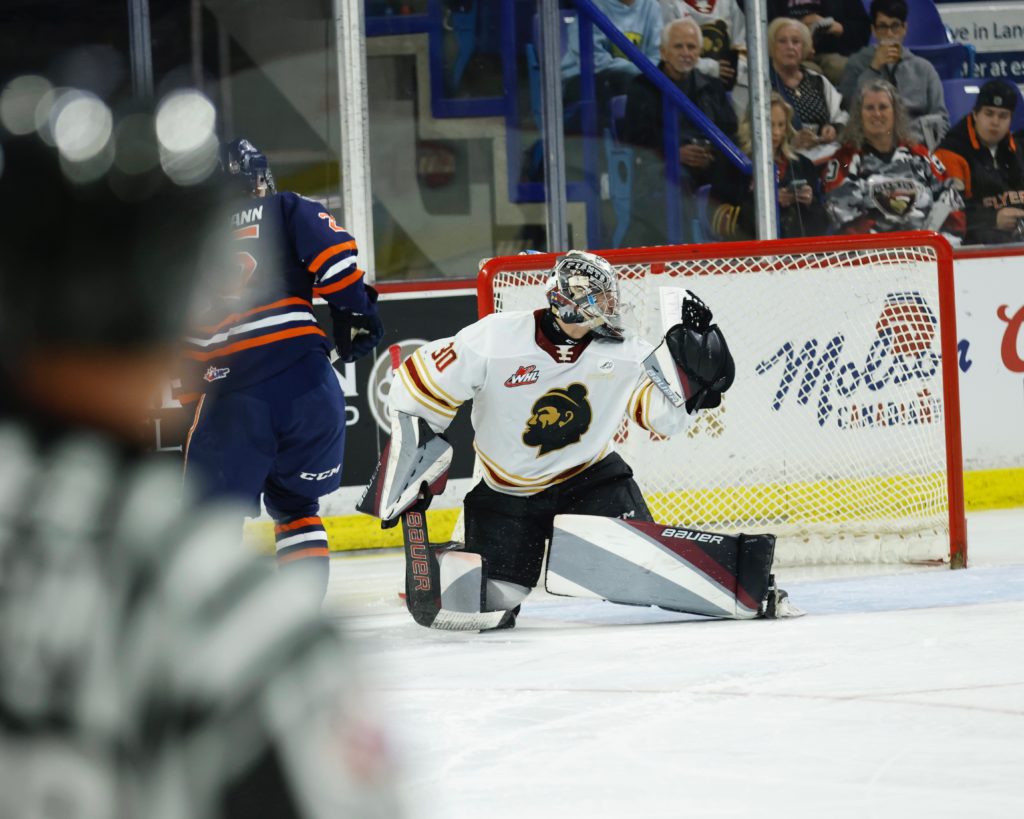 After avoiding elimination with a 5-2 victory in Kamloops, the Vancouver Giants return home once again to host the Blazers with a chance to send this second round series to a Game 7. The Giants are down 3-2 in the series and looking for their second win against the Blazers on home ice after splitting Games 3 and 4 at the Langley Events Centre. A loss for the Giants means that their B.C rivals will advance to the third round of the playoffs. Puck drop this afternoon goes at 4:00PM.

After being all over the scoresheet in his team’s first round sweep of Spokane, Logan Stankoven has had varying degrees of success in Round 2. The Giants have stymied Stankoven’s production at times in this series, limiting him to only one assist in both Blazer losses. In three winning efforts, he has five points, including a clutch two-goal performance in the Blazers’ 4-2 win in Game 5.

Blazers goaltender Dylan Garand enters Game 6 with a 7-2 playoff record with a 1.68 goals-against average and .934 save percentage. That said, the New York Rangers prospect has allowed three goals in three of the last four games, after allowing that same amount in the entire first round. Garand has a 0.910 SV% through 5 games this series, which trails Giants goaltending counterpart Jesper Vikman even though the Blazers lead the series.

Last game: A 5-2 road win in Kamloops on Friday.

Zach Ostapchuk’s playoff run has been nothing short of spectacular. The Giants captain and Ottawa Senators draft pick has been at the forefront of the Giants’ offence this playoff and leads the WHL with 23 points in only 11 games. That point total puts him fourth in franchise history among Giants forwards for a single playoff run, and all three players above him were on teams that at least made to the third round of the playoffs or further. His 2.09 points-per-game trails only Logan Stankoven for tops in the league, but his four-point outing in Game 5 means he has outscored Stankoven by a single point in the series so far.

HOW ‘SWEDE’ IT IS

Where would this series and playoff run in general be without the Giants two Swedish stars, Jesper Vikman and Fabian Lysell? Vikman has continued his outstanding playoff run with a 0.927 SV% through five games, making no less than 34 saves in each of those appearances. He also leads the playoffs with 326 saves through 10 games. The next closest goalie has 233. With 21 points in 11 games, Lysell sits at 2nd in playoff scoring across the WHL behind only his teammate Zack Ostapchuk. He currently has 6 assists on a three-game point streak, setting a franchise record for most assists by a Giants forward during a single playoff run.