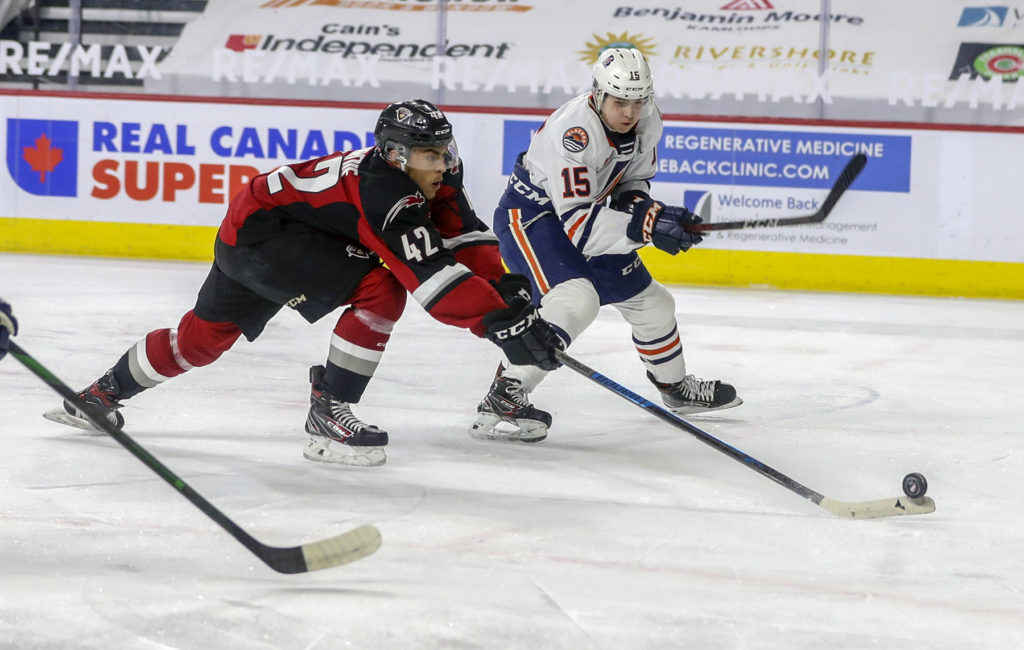 Tonight in Kamloops the Vancouver Giants return to action for their fifth game of the season when they clash with the B.C. Division leading Kamloops Blazers. The Giants are freshly removed from a 1-0 shootout victory last night against Prince George, while the Kamloops Blazers were 5-4 overtime winners on Saturday night against Victoria.

Last Game: A 5-4 victory Saturday night in overtime against the Victoria Royals.

Heading into action tonight, 2003-born forward Logan Stankoven leads the WHL in points-per-game with 2.67. Through three games the draft eligible forward has posted five goals and three assists for eight points. Saturday night in Kelowna, Stankoven posted a four-point night (2G, 2A) and nabbed the overtime winning goal helping the Blazers improve their record to 4-0. In their lone meeting with the Giants so far this season, Stankoven has posted one goal and one assist. This may be the final time the G-Men see Stankoven this season as he’s due to join Team Canada for the World Under-18’s which kick off next week in Dallas, TX.

Kamloops Blazers captain Connor Zary brings a four-game point streak into tonight’s tilt with the Giants. The 2001-born prospect of the Calgary Flames has tw0 goals and five assists for seven points through four games. On opening night against the Giants, Zary posted three assists for Kamloops in a 7-3 victory. He and linemates Orrin Centazzo and Matthew Seminoff have combined for seven goals and 11 assists for 18 points in four games.

2001-born goaltender Trent Miner is off to a 2-0 start this season for Vancouver and has not surrendered a single goal against in either of his two appearances. For his career, Miner now has six career shutouts. He did not face the Kamloops Blazers back on opening night, so assuming he gets the nod again tonight, it’ll mark his first appearance in Kamloops since last season.

Tonight's game between the @WHLGiants & @PGCougars represents the ninth time a WHL game has ended 1-0 in a shootout.

The shootout was introduced for the 2005-06 season.