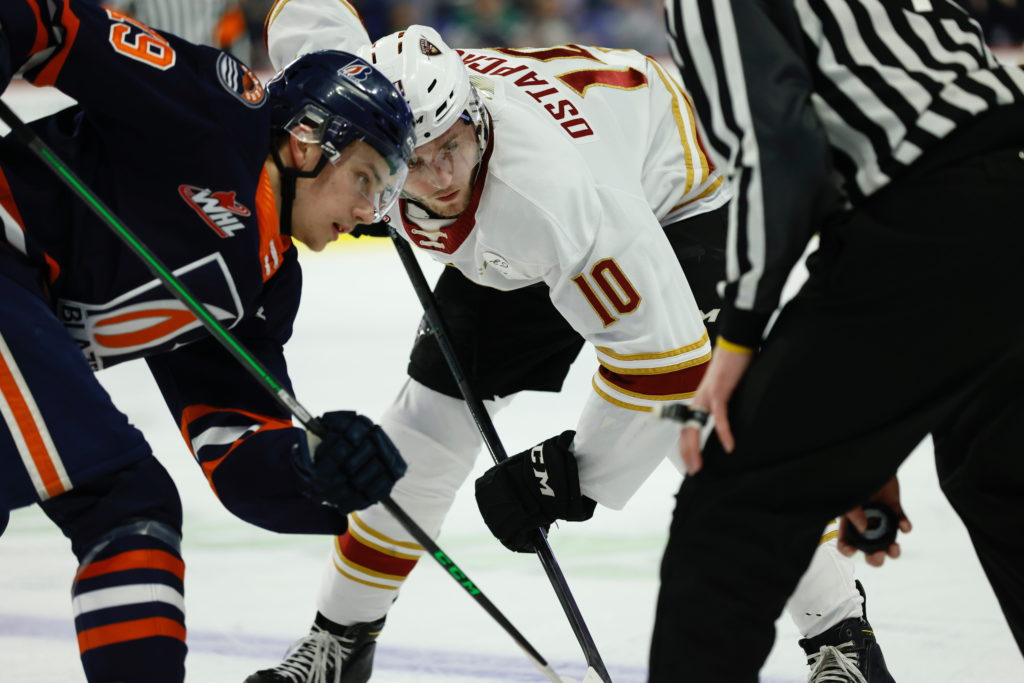 After handing the Kamloops Blazers their first playoff loss on Tuesday, the Vancouver Giants welcome their B.C. Division rivals back to the Langley Events Centre tonight for Game 4 of their second round matchup. A win tonight for the G-Men would even up the series. Puck drop is scheduled for 7:00.

Last Game: A 3-2 loss against the Giants in Langley

The Blazers were 6-0 in the playoffs leading up to their last meeting with the Giants on Tuesday, in which they fell 3-2. Caedan Bankier had his 16-game point streak snapped and leading scorer Logan Stankoven was held off the scoresheet for the first time this postseason. Their top-ranked penalty kill surrendered a goal against on both Giants power plays and they were down by a goal for more than half the game. Before that, the Blazers had only trailed their opponents for less than 90 seconds through the first 6 playoff games. A bounce back win for the Blazers tonight would give them a chance to clinch the series in front of their home crowd tomorrow.

With several NHL scouts in attendance, the Blazers’ draft-eligible trio of Fraser Minten, Mats Lindgren, and Matthew Seminoff all found the scoresheet in Game 3. Minten collected a goal and an assist, Lindgren picked up 2 helpers, and Seminoff added an assist for 5 of the 6 points in the loss. All three players landed on NHL Central Scouting’s final draft rankings released last week: Minten was ranked 28th on the North American skaters list, Lindgren finished 47th, and Seminoff grabbed the 72nd spot. Minten is currently tied for 3rd in team playoff scoring with 9 points in 7 games.

Last game: A 3-2 at home against Kamloops

With Tuesday night’s win, the Giants have won three consecutive playoff games at home dating back to Game 4 of Round 1 against the Everett Silvertips. In those three games, they’ve outscored their opponent 20-11. In that trio of games, Alex Cotton leads the team with 8 points (3-5-8), Zach Ostapchuk has 7 points (2-5-7), and Fabian Lysell has 5 (3-2-5). Cotton and Lysell have found the scoresheet in all 3 games.

Alex Cotton has been on a torrid pace when it comes to offensive production this postseason. He leads all WHL defenceman in goals and points. Despite playing only 9 games, Cotton’s 16 points tie him for fifth in franchise history for most points by a defenceman in a single playoff run. Included in that total was a five-point effort in Vancouver’s 11-6 win against Everett in Game 4 of Round 1. Cotton was selected in the 5th round (132nd overall) by the Detroit Red Wings in the 2020 NHL Draft, seven picks behind teammate and Golden Knights prospect Jesper Vikman.