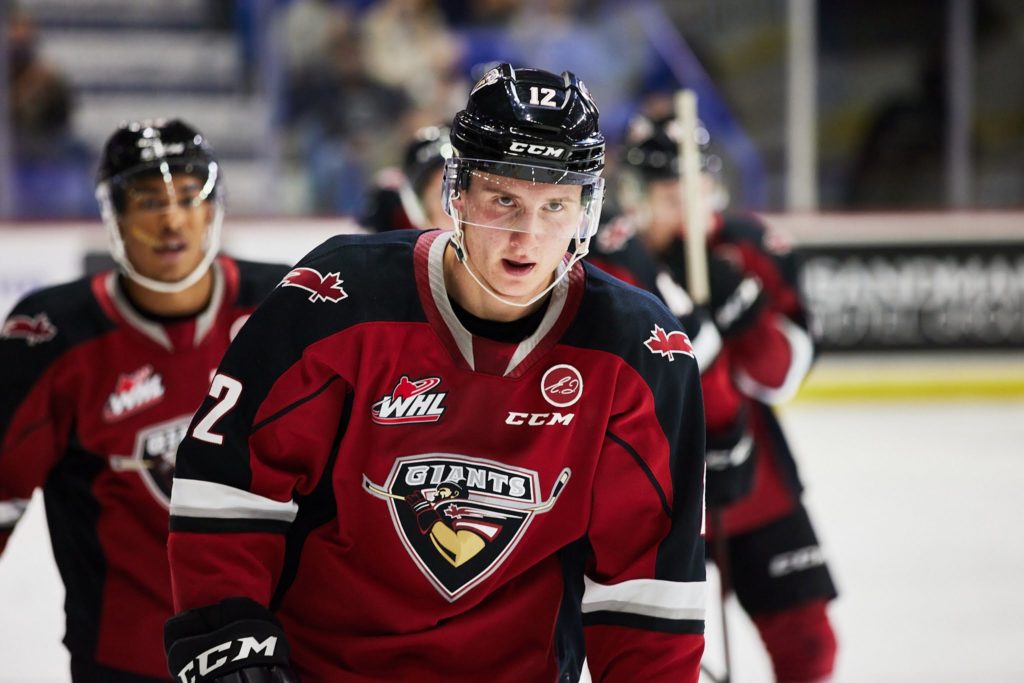 Tonight at the Langley Events Centre, the Vancouver Giants look to improve their early season record to 3-0 when they take to the ice against the two-time reigning B.C. Division champions, the Kamloops Blazers. Last Friday the G-Men kicked off their home schedule with a 6-4 victory over the Prince George Cougars. Justin Sourdif (1G, 2A), Ty Thorpe (1G, 2A) and Mazden Leslie (3A) each had three points while Jesper Vikman made 33 saves to secure his second straight victory in goal. At the other end of the ice, the Kamloops Blazers come into tonight’s game with a 4-1 record and have scored the second most goals in the entire Western Conference (26).

LOGAN ON THE LOOSE

Since returning to the Kamloops Blazers via the NHL’s Dallas Stars, 2003-born forward Logan Stankoven (Kamloops, B.C.) has not missed a beat. In five games so far, Stankoven has secured two goals and six assists for eight points, which currently has him tied for first on the team in scoring. Stankoven’s previous WHL season was limited to just six games due to his stint with Canada at the World Under-18’s, but the previous season, Stankoven finished tied for the rookie goal-scoring lead with 29. In 12 career games against Vancouver dating back to 2018-19 season, Stankoven has notched six goals and one assist for seven points. Earlier this week, Stankoven was named a co-captain of the Kamloops Blazers alongside Quinn Schmiemann.

Last night in Kelowna, Vancouver Canucks prospect Viktor Persson tallied his first career WHL goal. So far in four games, the over-age import has managed a goal and three assists for four points, which ties him for the team lead in scoring among defenceman. The product of Valbo, SWE was selected by the Vancouver Canucks in Round 7 of the 2020 NHL Draft. He’s 6’2″, 192-pounds and a right-handed shot.

Last Game: A 6-4 victory over the Prince George Cougars at home on October 8.

The present, as well as the future of the Vancouver Giants blueline is in good hands thanks to the emergence of 2005-born Mazden Leslie. Originally selected 10th overall by the Giants in the 2020 WHL Prospects Draft, the product of Lloydminster, AB has made an early impact with the Giants. Last season he joined the Giants in the Kamloops/Kelowna Hub and notched five goals in 17 games. So far this season in two games, he’s added one goal and three assists for four points which leads all Giants blueliners and ranks him tied for fourth in league scoring among defenceman, and tied for first among all 2005-born defenders.

Heading into action tonight, over-age forward Adam Hall leads all Giants in goals with three. The product of Edmonton, AB has recorded two points in each of the first two games this season, and has found instant chemistry alongside Giants captain Justin Sourdif. In six meetings last season against Kamloops, Hall posted one goal and one assist for two points.