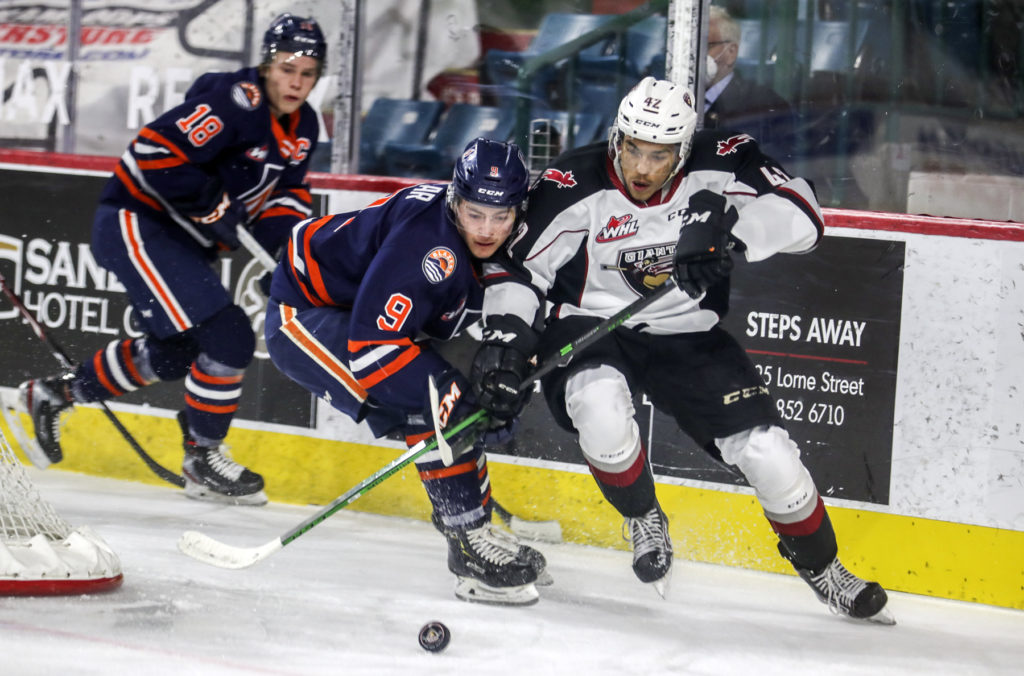 Tonight from the RE/MAX Hub in Kamloops, the Vancouver Giants look to secure their second victory in as many days when they clash with the B.C. Division leading Kamloops Blazers for the sixth and final time in 2020-21. Last night the Giants were full marks in a 6-2 victory over the Kelowna Rockets, and a victory tonight for the G-Men would ensure that they’ll finish the 2020-21 season with a winning record.

Last Game: A 5-1 victory over the Victoria Royals on Thursday evening.

Given some of the recent injuries to Connor Zary and Orrin Centazzo, 2002-born forward Josh Pillar has stepped up in big way for the Kamloops Blazers in recent weeks.  The product of Warman, SK comes into tonight with 23 points (9G, 14A) which ranks him second in team scoring behind only Connor Zary. Since April 25th (a span of nine games) Pillar has managed four goals and seven assists for 11 points. In five games against the Giants this season, Pillar has two goals and two assists for four points. All four of Pillar’s points against Vancouver came in a two-game span from April 25th (two assists) to April 27th (two goals).

Two nights ago in Kelowna, the Kamloops Blazers earned a 5-1 road victory over the Victoria Royals. Orrin Centazzo and Matthew Seminoff paced the Kamloops attack with two goals apiece while Josh Pillar added three assists. Goaltender Dylan Garand made 28 saves on 29 shots faced to earn his 13th victory of the season for the Blazers.

The special teams were a major factor in last night’s victory for the Giants. The power play finished the night three-for-three with goals coming via Tristen Nielsen, Justin Sourdif and Adam Hall. Then on the PK side of the coin, Tristen Nielsen and Justin Sourdif each supplied shorthanded goals. For the season, the Giants now have five shorthanded goals and a 13th ranked power play.

THE GUNNERS WERE GUNNING

Last night the trio of Tristen Nielsen (2G, 2A), Justin Sourdif (2G, 1A) and Eric Florchuk (2A) combined for nine points in the  6-2 victory over Kelowna. These three players rank 1-2-3 in Giants scoring for the season, and will no doubt be tasked with some heavy minutes in all situations tonight against the Blazers. Tristen Nielsen leads all Giants with four goals and three assists for seven points against Kamloops while Eric Florchuk has four points (1G, 3A) Justin Sourdif has three points (1G, 2A).