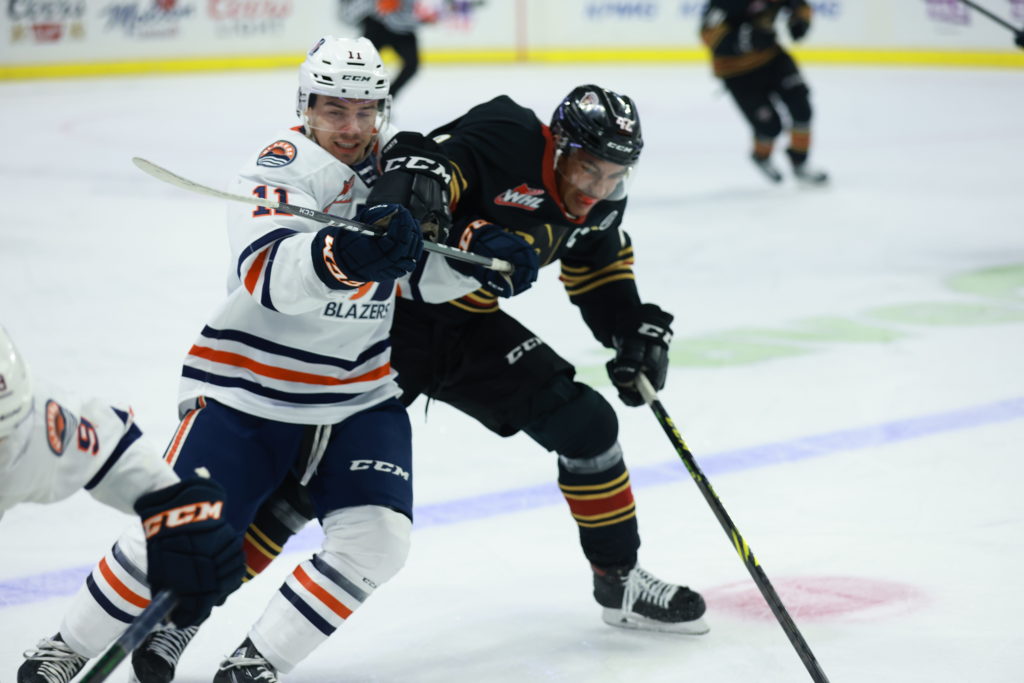 Tonight at the Langley Events Centre, one lengthy winning streak is going to come to an end when the Vancouver Giants (four straight wins) clash with the B.C. Division leading Kamloops Blazers (six straight wins). The Giants have rattled off four straight wins on the road and have now climbed back into the top four of the Western Conference. The Blazers meanwhile sit just two points back of Everett for the top overall spot in the Western Conference standings.

GET TICKETS – WATCH ON CHL TV – LISTEN ON SPORTSNET 650

On Wednesday morning, Blazers forward Logan Stankoven was one of 21 forwards named to Canada’s World Junior Selection Camp roster. The third-year forward comes into the weekend ranked first on the Blazers in both goals (12) and points (29). His 29 points leads all Western Conference skaters and puts him tied for fourth in league scoring. Over the course of his six-game point streak, Stankoven has struck for three goals and seven assists for 10 points, all of which have been Kamloops victories. In four meetings so far this season against the Giants, the signed prospect of the Dallas Stars has managed a team-best four goals and three assists for seven points.

Earlier this week on Wednesday, Sourdif was one of 35 players, 21 forwards and 15 WHL’ers named to Team Canada’s World Junior Selection Camp which begins on December 9th in Calgary, Heading into the weekend Sourdif leads the Giants in scoring with 26 points (8G, 18A), 10 multi-point games and a +15 rating. The signed prospect of the Florida Panthers has recorded points in each of his last six games and has only gone without a point in five of the Giants first 19 games. For his entire Giants career, Sourdif has compiled 68 goals and 92 assists for 160 points in 168 career regular season games. So far against Kamloops this season, Sourdif has registered two assists in four games.

SIZING UP THE STREAK

Some notable statistics from the Giants current four-game winning streak: