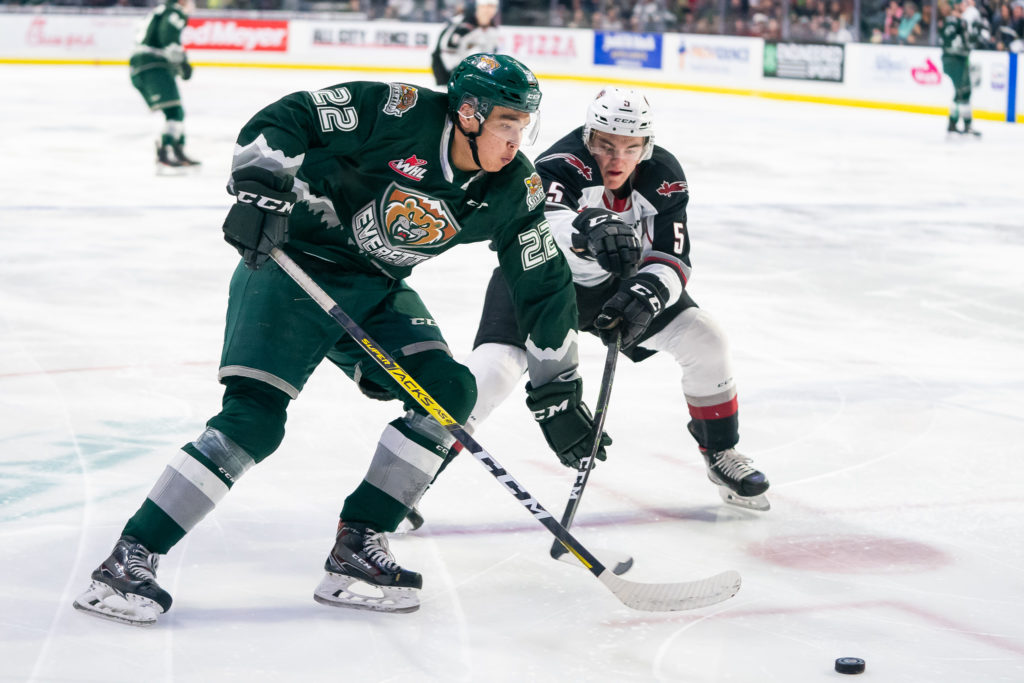 Tonight at the LEC the Vancouver Giants and Everett Silvertips take center stage as the only game of the night in the Western Hockey League. The Giants have won two of their past three games and are back within just three points of third place in the B.C. Division standings. The Everett Silvertips are coming off an overtime loss last night in Spokane and despite earning seven of eight possible points in their last four games, they share an identical 4-4-1-1 record as the Giants in their last 10 games.

Last Game: A 3-2 overtime loss last night in Spokane against the Chiefs

One of the savviest trades of the season in the WHL took place back in mid-October when the Silvertips acquired 2000-born forward Cole Fonstad in a deal with the Prince Albert Raiders. Fonstad, a product of Estevan, SK has registered 46 points (8 goals, 36 assists) in 32 games with his new team and coming into tonight’s game Fonstad has recorded points in 10 of his last 11 games. Over the past 11 games, Fonstad has managed four goals and 13 assists for 17 points. He’s recorded two-or-more points in five of those past 11 games. Back in June, 2018 Cole Fonstad was drafted by the Montreal Canadiens in the fifth round of the NHL Draft. He has two assists in two games played against Vancouver.

BEWARE OF THE WOLF:

You can find Silvertips goaltender Dustin Wolf at or near the top almost every relevant goaltending statistic in the WHL this season. A 2.01 goals-against average? Tops in the league. A .935 save percentage? Also tops in the league. His seven shutouts? You guessed it – Tops in the league. He also ranks third in the WHL in wins (20) trailing only Dylan Garand and Joel Hofer (both have 24). In two meetings this season against the Giants, Dustin Wolf is 2-0 with a 2.00 goals-against average and a .937 save percentage. For his career, Wolf is 6-3 lifetime against the Giants.

Last Game: A 4-0 loss at home to Kamloops on Sunday

With four points (all assists) in his last four games, Vancouver Giants captain Alex Kannok Leipert has proven to be an invaluable component of the Vancouver Giants blueline. The 2000-born product of Regina, SK brings a stat line of two goals and 13 assists along with 35 penalty minutes and a +9 rating into tonight’s game with the Everett Silvertips. His 15 points puts him just seven points shy of surpassing his previous season high of 21 which he set during the 2017-18 season. But the stats don’t tell the whole story with Alex Kannok Leipert.  As dependable as ever, the Vancouver Giants and their fans know that they’re going to get the best effort possible from the Washington Capitals prospect. He was selected by the Caps in the sixth-round of the 2018 NHL Draft.