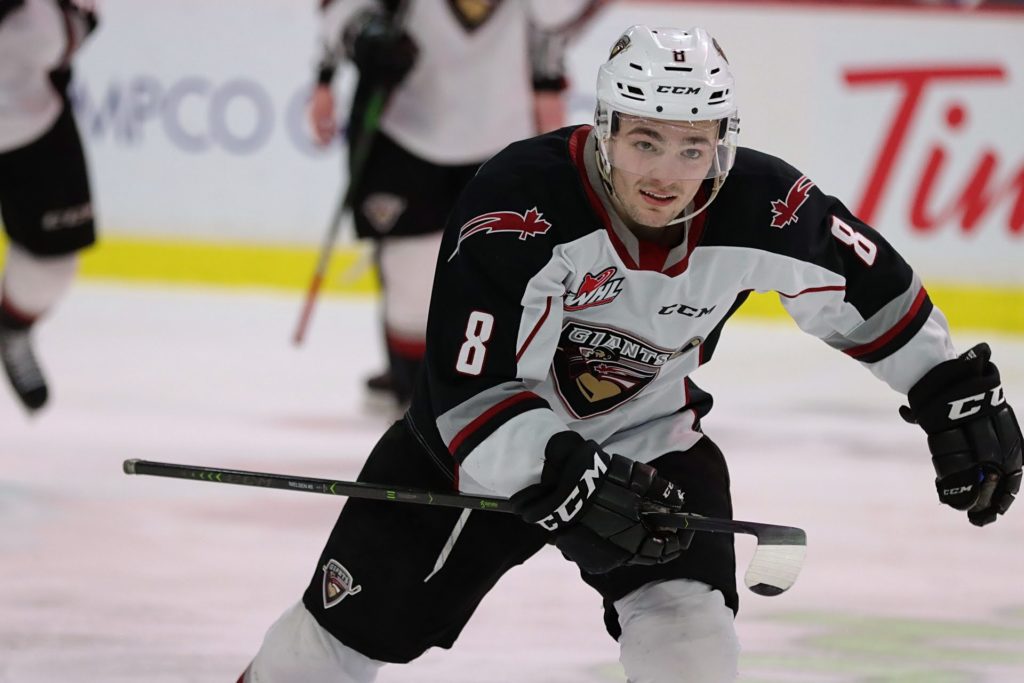 Tonight at home, the Vancouver Giants will look to do something that they’ve only managed to do two other times in the span of their existence. A win tonight for the Giants would give them 11 straight victories, which would match their longest ever (regular season) winning streak which they set during the 2008-09 season. (NOTE: The Giants also won 12 straight games during the 2006 playoffs). Standing in their way tonight is a formidable foe indeed. The Calgary Hitmen are 7-3 in their last 10 and have won four straight games heading into tonight.

Last Game: A 3-2 shootout victory on Wednesday in Victoria.

ANOTHER LOOK AT WOO:

Vancouver Canucks prospect Jett Woo (D – 2000, Winnipeg, MB) makes his first and only appearance at the LEC this season. Woo heads into tonight’s game on a five-game point streak having recorded seven points (1G ,6A) in that span. The 2000-born defenceman is currently tied for ninth in league scoring for d-men with 40 points (7G, 33A). For his entire WHL career, Woo has compiled 33 goals along with 121 assists for 154 points in 233 games (Calgary/Moose Jaw). Woo is one of two Canucks prospects competing in tonight’s game. The other is 2001-born forward Carson Focht.

A BIG STRETCH FOR NIELSEN:

As the Giants look to push their winning streak to 11 straight games tonight, forward Tristen Neilsen continues to lead the charge. The 2000-born product of Fort St. John, BC has scored goals in each of his previous five games. During that five-game streak he’s also added four assists for nine points. Coming into the weekend Nielsen leads the Giants in both goals (28) and points (57), both of which are new career highs. He also leads the Giants with nine power play goals – One of which came on Monday during the Giants 3-2 home victory over the Seattle Thunderbirds.