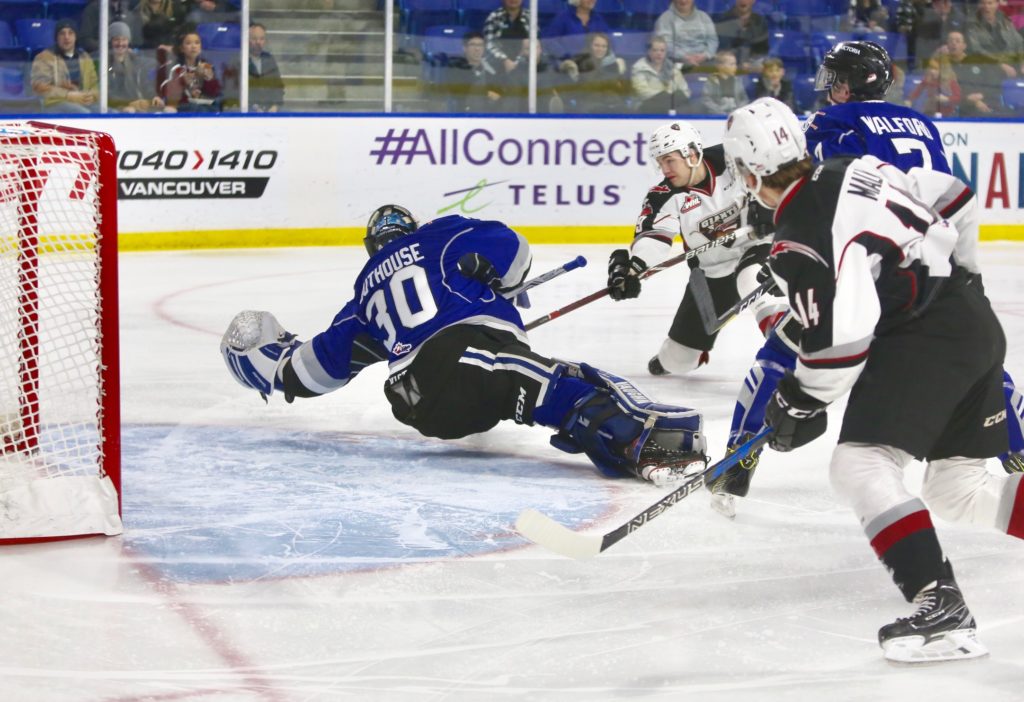 Tonight in Victoria it’s Game 7 for the Vancouver Giants and the Victoria Royals. A series that has swayed back and forth over the past 10 days will be decided tonight at the Save on Foods Memorial Centre. The veteran Royals forced the seventh game with a 4-3 overtime victory yesterday at the Langley Events Centre and now all that’s been accomplished to this point means very little. A best-of-seven is now a best-of-one.

Matthew Phillips: Phillips put the Royals on his back in Game 6. He had two goals and two assists and now has 13 points in the series and 11 points in his past three games. Keeping Phillips contained is a must for Vancouver.

Noah Gregor: The overtime winner Monday came courtesy of Sharks prospect Noah Gregor. He’s scored in four of the past four games and has points in five straight games.

Jared Freadrich: With a goal and four assists in the series, Freadrich leads all Vancouver blueliners. He also leads the Royals defense-corps with two Game 7 appearances – One with Red Deer and one with Regina.

Kade Jenson/Chaz Reddekopp: The pair of 20-year-olds do not want this to be their final WHL game. Both will try to use their size and experience to their advantage. Reddekopp has played in one Game 7 while Jensen has three assists in the series.

Depth: While Matthew Phillips, Dante Hannoun and Noah Gregor will see the lion’s share of the minutes, it’ll be important for the other veterans like Lane Zabocki, Braydon Buziak and Jeff De Wit to use their experience to their advantage tonight in Game 7.

Tyler Benson: The Giants captain has at least a point in each game this series. He leads all Giants with three goals and nine assists for nine points in the series. This is his first ever WHL Game 7.

Ty Ronning: The Giants leading scorer during the regular season scored his first of the series in Game 6. He also has a point in every game this series and has a goal and six assists for seven points overall. This is his first ever WHL Game 7.

Bowen Byram: The rookie defenceman has been a stalwart all series long for the Giants and brings a five-game point streak into his first WHL Game 7 here tonight.  Byram is tied for second in playoff scoring with three goals and four assists for seven points.

Darian Skeoch: The 20-year-old chipped in with a pair of assists yesterday in Game 6. He does not want tonight to be his last ever WHL game. Tonight’s game marks his first career WHL Game 7.

David Tendeck: The all-star will be starting his first career Game 7 tonight in Victoria. Tendeck is 2-1-1-0 in the series with an .871 save percentage and a 3.65 goals-against-average. Some of Tendeck’s best performances this season have come in the road in hostile buildings and tonight can hopefully be no exception.

Brennan Riddle/Jared Dmytriw: The only two Giants with Game 7 experience in the WHL are Brennan Riddle and Jared Dmytriw. Riddle went 2-0 in Game 7s last season with Lethbridge, while Dmytriw’s lone Game 7 ended in heartbreak in 2016. Never the less, that limited experience will prove vital for the young Giants tonight on the road.