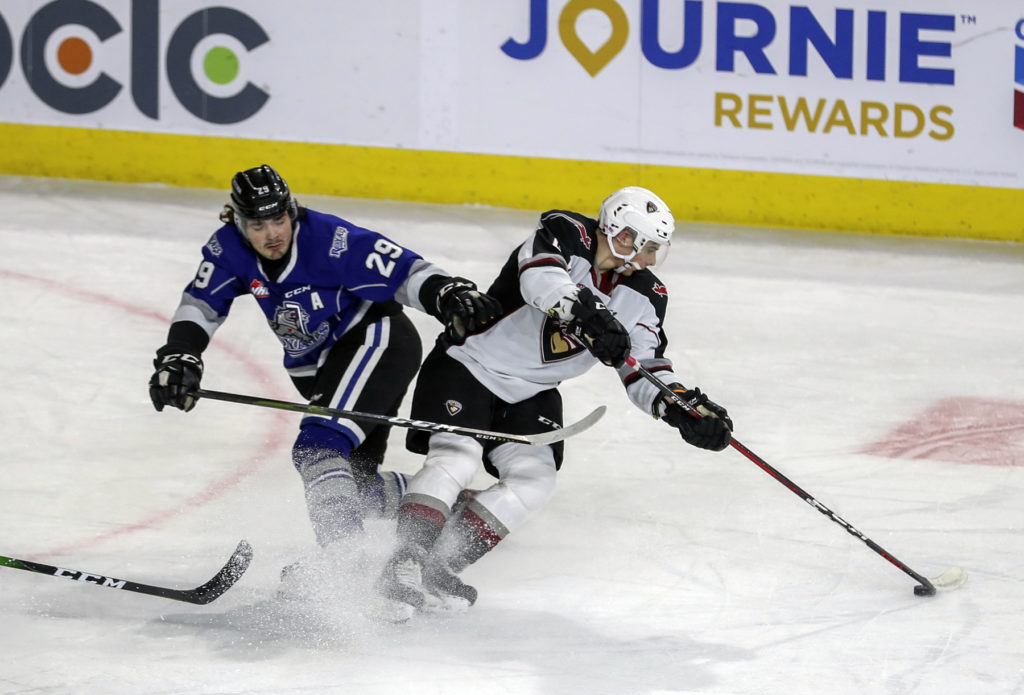 Tonight, the Vancouver Giants continue their season from the RE/MAX Hub when they take to the ice for a second time against the Victoria Royals. The Giants (4-1) are looking for their fifth straight victory while the Victoria Royals (1-3-1-0) are looking for their second straight win after defeating the Prince George Cougars 3-2 in overtime yesterday.

Last night in Kamloops Brayden Tracey scored twice for Victoria, including the overtime winner to help lift his team to their first victory of the season. He added an assist on Gannon Laroque’s goal in the second period. Coming into tonight, Tracey leads all Royals ins coring with three goals and five assists for eight points. Tracey, a signed forward with the Anaheim Ducks had a goal and an assist against Vancouver back on March 30th.

KEEP AN EYE ON FIZER

Royals captain Tarun Fizer comes into tonight’s contest with two goals and five assists for seven points in five games. So far on the season, Fizer has three multi-point games, including a one goal, one assist effort against the Giants back on March 30th. The product of Chestermere, AB has appeared in 175 career games with the Victoria Royals and has 36 goals and 65 assists for 101 points.

Last Game: A 4-0 shutout victory on Monday against Kamloops.

Drew Sim will get the nod in goal tonight for the Vancouver Giants. The 2003-born goaltender from Tees, AB is 1-1 on the young season, and his first career WHL victory came against the Victoria Royals back on March 30th. That night Sim turned aside 23 of the 27 shots fired his way en route to the victory.

NIELSEN A FACTOR EVERY NIGHT

2000-born forward Tristen Nielsen has now recorded four multi-point games so far this season. On Monday against Kamloops Nielsen notched two assists and was a +2. Even in the lone game where Nielsen didn’t record multiple points he was still a factor! He had the lone shootout goal during Sunday’s 1-0 shootout victory for the Giants over the Prince George Cougars.