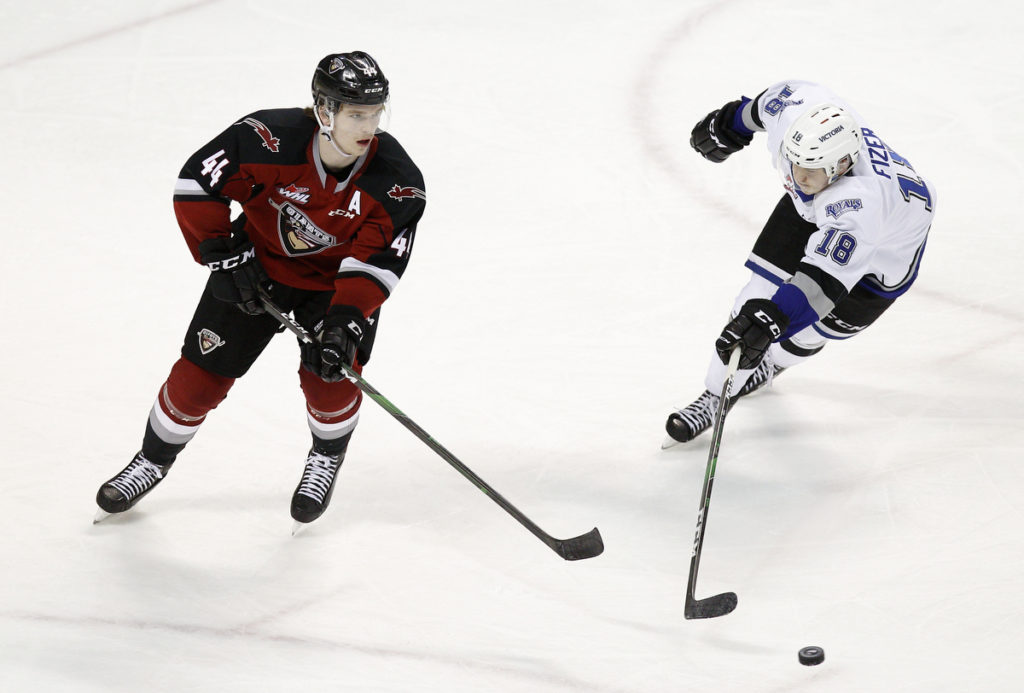 This afternoon in Victoria the Vancouver Giants take to the ice for their final regular season meeting of the season with the Victoria Royals. So far this weekend the Giants are 2-0 against Victoria having defeated them 3-0 (Friday at home) and 6-2 (last night on the road). The G-Men enter the day ranked second in the B.C. Division standings and could create four points of separation from the Royals with a regulation victory this afternoon.

With eight goals and two assists in his past nine games, Royals captain Phillip Schultz has provided a strong spark as of late for the Victoria Royals. The 2000-born product of Rodovre, DEN has 16 goals and nine assists for 25 points on the season. In eight games against Vancouver, Schultz has three goals along with one assist. Last night Schultz’s shorthanded breakaway in the second period put Victoria on the board and provided a shot of life for the crowd. In 102 career WHL games, Schultz has 35 goals and 26 assists for 61 points.