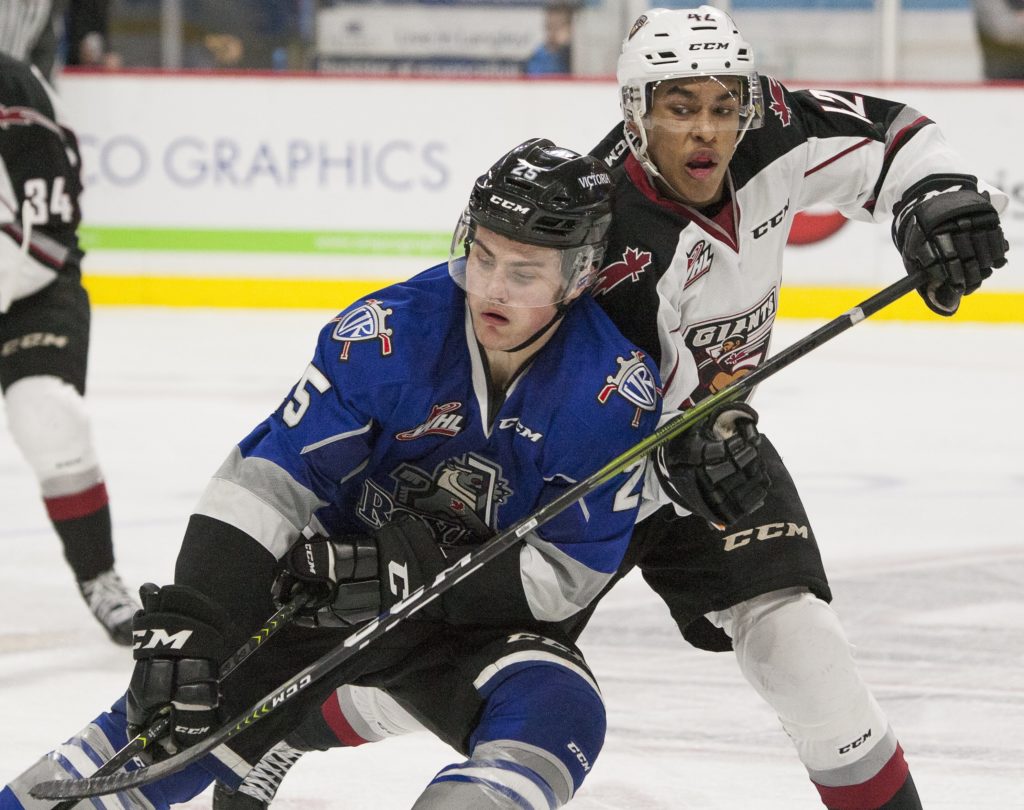 The holiday break is over and the push to the playoffs officially begins now for the Vancouver Giants. Michael Dyck’s team kicks off the unofficial second-half of the season tonight against a familiar foe, the Victoria Royals. So far this season the Giants are 0-2 against their 2018 and 2019 playoff rivals, but will look to capture their second consecutive victory altogether when the puck drops tonight.

A STRONG STRETCH FOR FIZER:

2001-born forward Tarun Fizer is in the midst of a breakout season for the Royals. Coming into tonight, he leads all Royals skaters with 25 points through 30 games. Since November 22nd (a stretch of 11 games), Fizer has notched two goals and nine assists for 11 points. He’s only 10 points shy of surpassing his point totals from a season ago.

Over the course of his past nine games (dating back to November 22nd), Tristen Nielsen has registered six goals and seven assists for 13 points. In that span he’s managed four multi-point games and is a +11. Coming into action tonight he leads the Giants in both goals (16) and points (33) and he’s only three points shy of setting a new single-season high for points.