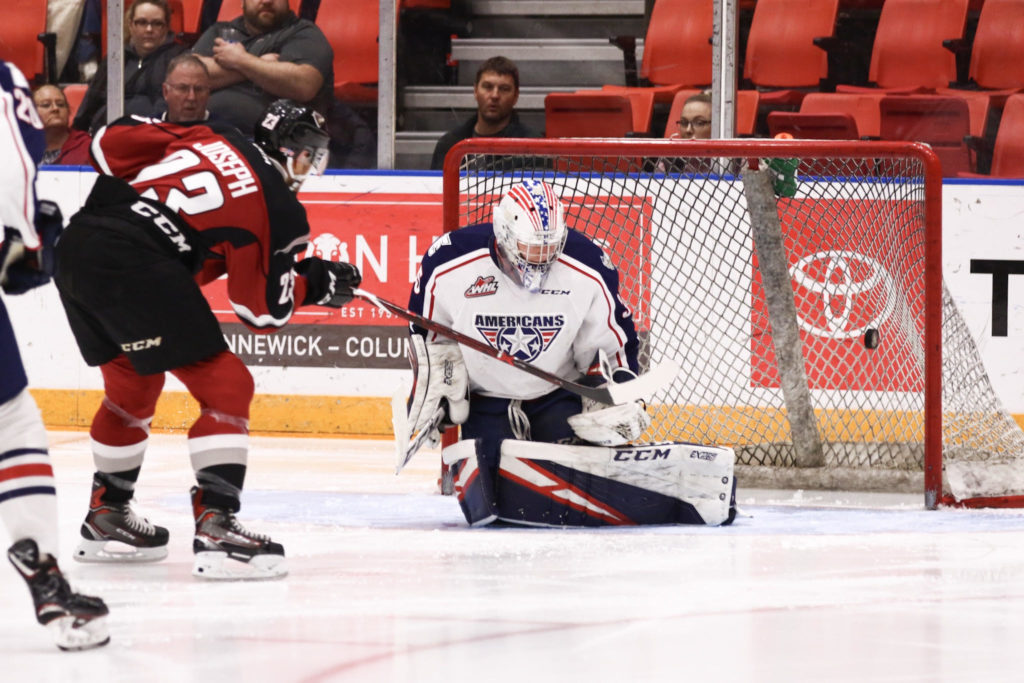 Tonight in Kennewick, WA the Vancouver Giants and Tri-City Americans will face one another for the fourth and final time in the regular season. The Giants are coming off a tough 4-1 loss last night in Spokane while the Ams fell 3-0 at home to Everett. The Giants are 3-0 so far this season against Tri-City and fittingly should the WHL playoffs begin today, it would be the Giants and the Americans squaring off in Round 1.

Last Game: A 3-0 loss to Everett at home last night

No goaltender in the WHL has appeared in more games this season than 1999-born goaltender Beck Warm. The North Vancouver, B.C. native comes into this game with 59 appearances, one more than Everett starter Dustin Wolf. Warm’s record currently sits at 32-23-3-0 with one shutout, a .918 save percentage and a 2.87 goals-against-average. Since February 9th, Warm has started all but one game for the Ams – A span of 13 games.

Offensively the Tri-City Americans are led by three veteran forwards: Parker AuCoin, Kyle Olson and Nolan Yaremko. AuCoin is 20 and leads the Ams with 38 goals. Olson is in his 19-year-old season, is drafted by the Anaheim Ducks and leads Tri-City with 47 assists. Yaremko is also 20 and he comes into the game with 25 goals and 34 assists for 59 points.

In order for the Tri-City Americans to leapfrog the Spokane Chiefs into third place in the US Division, they’ll need to win each of their final four games and hope for the Spokane Chiefs to lose all five of their remaining games in regulation. It’s looking more and more likely that the Americans will end up in the first wild-card spot in the West. All they need is one single point in order to ensure that the Seattle can’t leap-frog them in the Wildcard standings.

Coming into action tonight, Jadon Joseph holds the longest active point streak for the Vancouver Giants having registered a point in five straight games. The veteran forward had the Giants lone goal last night and now has 21 for the season which marks a career high. Over his past five games, Joseph has notched four goals along with five assists for nine points. In his only previous meeting against Tri-City this season, Joseph notched two goals and an assist for three points.