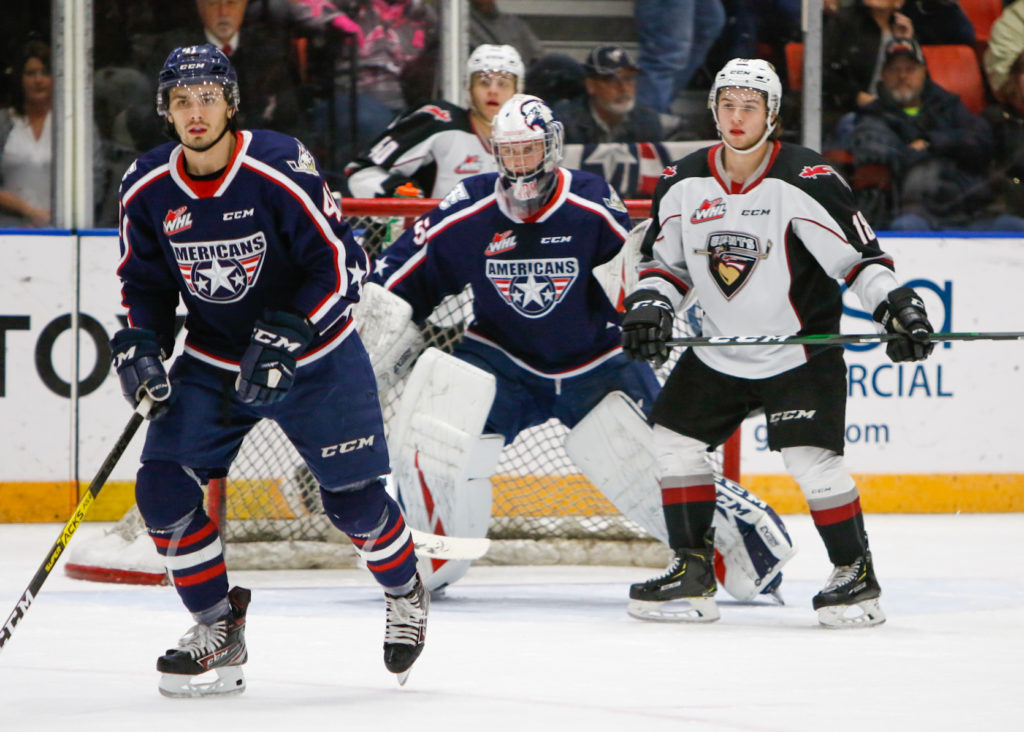 Tonight the Vancouver Giants wrap up the month of November in the same city where they started it – Kennewick, WA. The Giants and the Tri-City Americans will lock horns tonight for the second of four meetings on the season. The Giants are coming off a 3-2 overtime victory last night in Spokane while the Tri-City Americans are looking to avenge a 3-1 loss at home last night against Victoria. Back on November 2nd the Giants earned  6-3 victory over the Americans.

Last Game: A 3-1 loss last night at home to Victoria

Tri-City Americans veteran netminder Beck Warm comes into tonight’s game leading the entire WHL with 660 saves. The 20-year-old product of Whistler, BC has a record of 8-10-1-1 this season with a 3.07 goals-against-average and a .918 save percentage. This week Warm has already stopped 69 of the 73 shots he’s faced. Back on November 2nd against the Giants, Warm surrendered five goals against. For his career against Vancouver he’s 1-4-2-0.

Offensively the Ams are led by 2001-born forward Sasha Mutala. The Vancouver, BC product leads the Ams in both goals (8) and points (25). Fresh off being selected by the Colorado Avalanche in the fifth round of the 2019 NHL Draft, Mutala is on pace for a 73 point season. His previous season high for points was set last season with 41. Despite his strong start, Mutala has gone seven games without a goal.

Last night in Spokane, Tristen Nielsen helped the Giants complete their comeback with the overtime winning goal.  The goal came with a minute and 19 seconds left in the extra frame. Nielsen now has 13 goals and 12 assists for 25 points, and is now just seven goals shy of setting a new career high. He’s also just 11 points shy of a new season high for points.

The two newest Giants both earned rave reviews last night from the coaching staff. On the back-end, Connor Horning finished with a +1 rating and seemed to fit right in with his new teammates defensively. Up front, Michal Kvasnica’s Giants debut went well as he settled in with linemates Evan Patrician and Jackson Shepard, playing some important minutes down the stretch with the game tied 2-2. Add the fact that Holden Katzalay played effective minutes in his second Giants game, and the added depth up front came in handy for the Giants.

cole shepard holden katzalay
A Season of Firsts: Recapping The FIrst WHL Goals for the 2019-20 Giants
9 hours ago