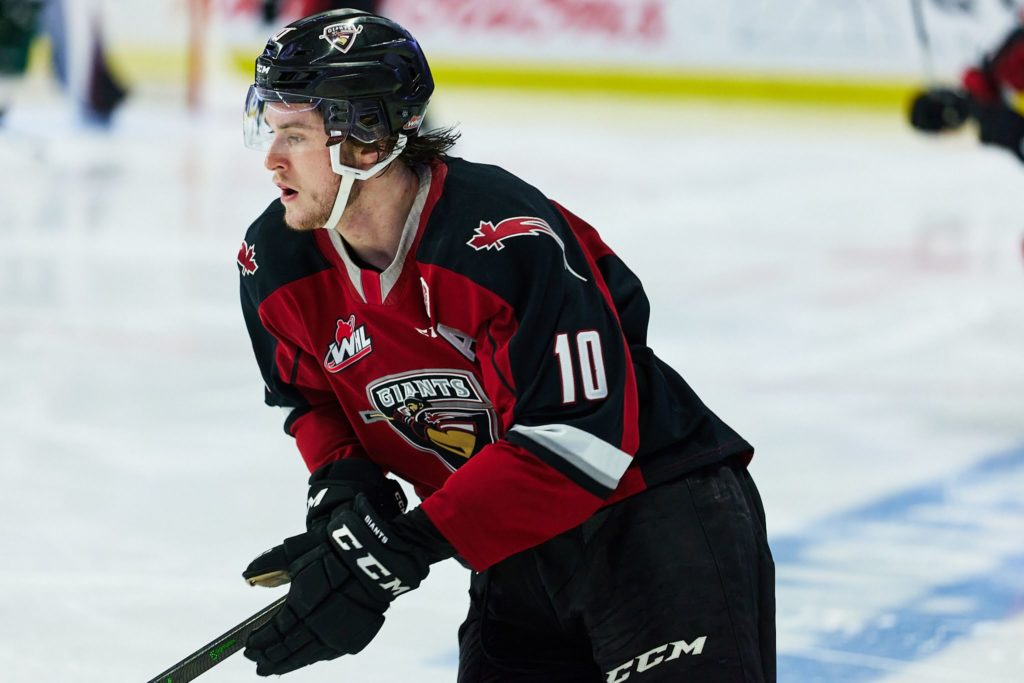 The Southern road swing continues tonight for the Vancouver Giants who, for the first time since February 2020 will battle the Tri-City Americans. So far on the road trip the Giants are 1-0 after a 3-2 overtime victory over Portland on Wednesday. A win tonight would give the Giants their fourth road victory, and their ninth overall.

On November 1st the Colorado Avalanche reassigned 2001-born forward Sasha Mutala (Vancouver, B.C.) to the Tri-City Americans. The talented forward made his season debut for the Ams on Wednesday in Everett. For his career, Mutala, a Colorado draft pick, has registered 65 goals and 89 assists for 154 points in 218 games. During the 2019-20 season, Mutala had two goals and five assists for seven points in four meetings with the Giants an in 12 career games against them he’s notched five goals and eight assists for 13 points.

SO FAR, SO GOOD

The Vancouver Giants jumped back into the win column on Wednesday night in Portland, snapping a four-game losing streak in a 3-2 overtime victory over the Winterhawks. Alex Cotton, Justin Sourdif and Ty Thorpe each had two points while goaltender Jesper Vikman made 41 saves to earn his seventh victory of the season. Alex Cotton had missed the previous two games due to injury, and his return marked just the sixth game in a span of 16 where the Giants had a full contingent of over-age players.

Tonight at the Toyota Center in Kennewick, WA the Vancouver Giants battle the Tri-City Americans for the first time since February 4, 2020. During the 2019-20 season the Giants went 3-1 against Tri-City and were 1-1 against them on the road. Justin Sourdif led all Giants with eight points (3G, 5A) in four meetings with the Ams. So far this season the Tri-City Americans are 2-5-1-0 at home and are 1-1 against B.C. Division teams. The Vancouver Giants are the first B.C. Division team to play a game in the Tri-Cities since the 2019-20 season.