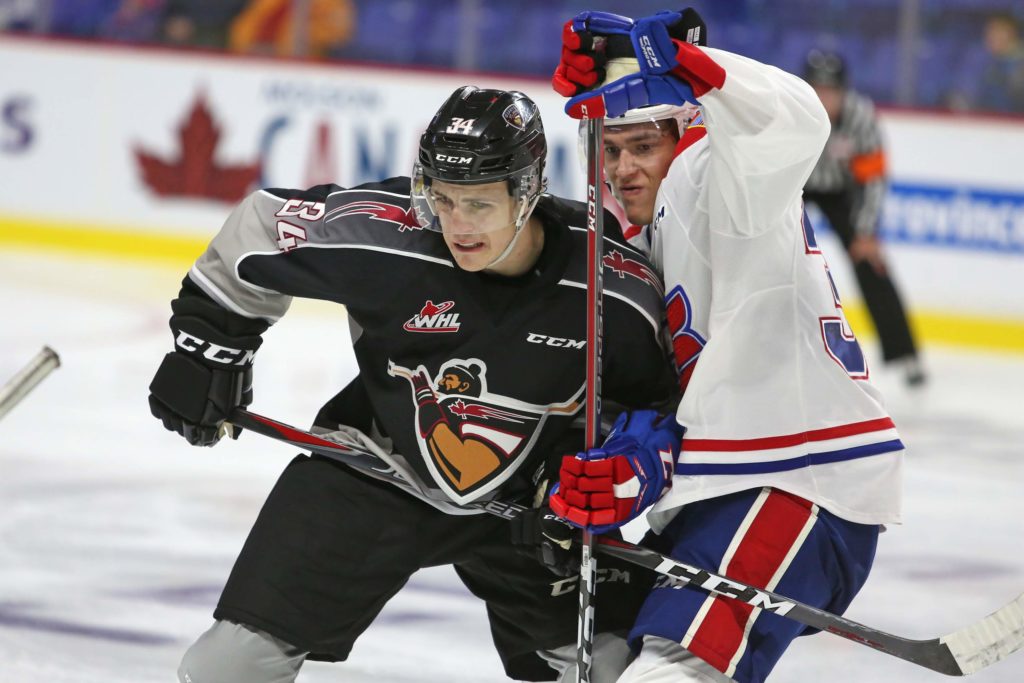 Tonight in Spokane, the Vancouver Giants will take the ice looking for their sixth straight victory. Michael Dyck’s crew kicked off a stretch of four straight road games Wednesday with a convincing 5-0 win in Kamloops, and with just five games remaining in their regular seasons chedule they sit tied for first place in the Western Conference standings. On the season the Giants are 3-0 against the Spokane Chiefs and are 1-0 against them so far at the Spokane Arena.

Last Game: A 3-1 loss at home Tuesday against the Everett Silvertips

For whatever reason, Luc Smith loves facing the Vancouver Giants. The 20-year-old has compiled six goals and one assist in four previous meetings with the Giants this season (split with Kamloops an Spokane). In a Chiefs uniform, Smith has scored four times against the Giants in two previous meetings. For the season Smith has registered 27 goals along with 23 assists for 50 points marking the first time in his WHL career that he has surpassed the 50 point mark.

BUT WHAT ABOUT THE OTHER SMITH?

2000-born defenceman Ty Smith sits second in Chiefs scoring with six goals and 59 assists for 65 points through 53 games. Those 65 points ranks Smith fourth in the WHL in scoring among defencemen. The first overall selection of the 2015 WHL Bantam Draft was also the first WHL player selected in the 2018 NHL Draft, going 17th overall to the New Jersey Devils. Against the Giants this season, Smith has notched four assists.

Coming into tonight’s game the Chiefs currently sit five points back of Portland for second in the US Division (with a game in hand) and they also sit five points ahead of Tri-City for third in the US Division (with a game in hand). There is an outside chance that the Chiefs and Giants could meet in Round 1 of the playoffs, but in order for that to happen the Giants would have to finish second in the West while the Chiefs would have to fall into the first of the two wild-card playoff spots. As things stand today the Chiefs would face the Portland Winterhawks in Round 1.

With his 25th goal of the season coming Wednesday night in Kamloops, Bowen Byram now holds the record for most goals in a single season by a Giants defenceman. Heading into Wednesday he had been tied with Kevin Connauton. With five games remaining in the season for the Giants, Byram is setting his sights on another milestone held by Connauton – The single season points record for a d-man. During the 2009-10 season Connauton had 72 points. Byram has 68 coming into tonight which ranks him second among all WHL defencemen in scoring behind only Saskatoon’s Dawson Davidson.

When Justin Sourdif notched his 20th goal of the season Wednesday night he became just the third Giants player ever to reach that mark in his 16-year-old season. The other two were Evander Kane (2007-08, 24) and Gilbert Brule (2004-05, 25). Sourdif comes into tonight’s game with 20 goals and 22 assists for 42 points which ranks him third among all WHL rookies and tops among all 2002-born WHL players.