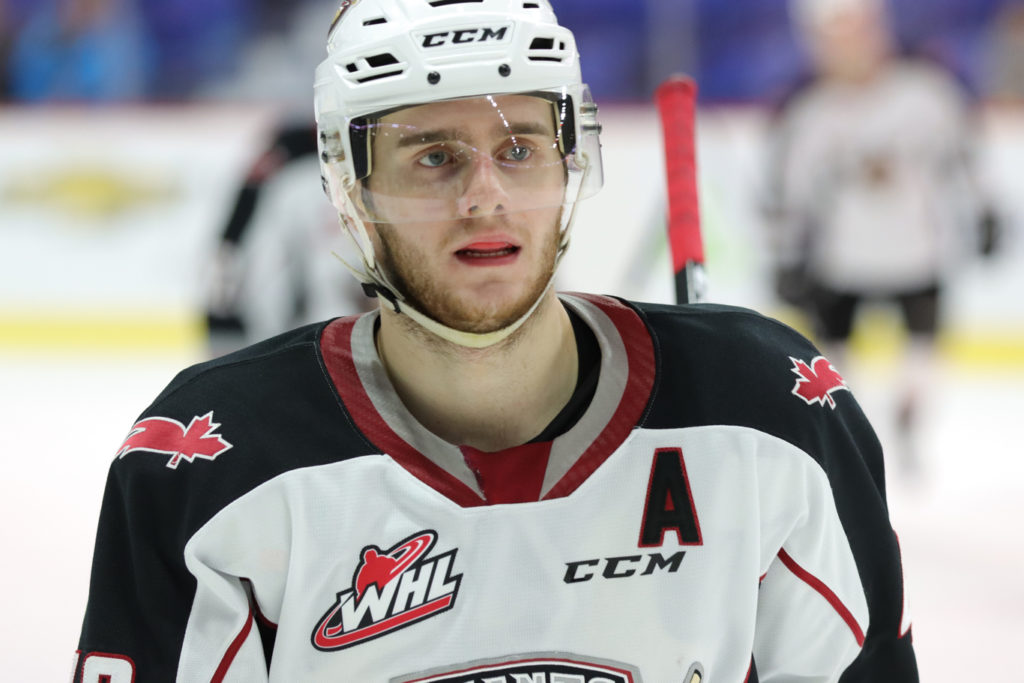 For the first time in two weeks, the Vancouver Giants are taking their show on the road. Tonight the Giants look to secure their ninth victory in a row when they clash with the Seattle Thunderbirds for the first time this season. The Giants are coming off a 5-2 home victory last night against Victoria while the T-Birds dropped a 2-1 decision last night in Everett. This marks the first game  between the two clubs since Game 6 of Round 1 of the 2019 WHL Playoffs.

Philadelphia Flyers prospect Roddy Ross has appeared in the second most games of any WHL goaltender this season. The 2000-born goaltender from Meadow Lake, SK has appeared in 41 of Seattle’s 52 games, which is second only to Moose Jaw’s Boston Bilous (43). For the season, Ross is 17-18-3-3 with a 3.11 goals-against average and a .912 save percentage. In Everett last night, Ross stopped 34 of the 36 Silvertips shots fired his way. Including the playoffs, Ross is 2-5 lifetime against the Giants. During the 2019 playoffs, Ross went 2-4 against Vancouver with 4.05 goals-against average and an .886 save percentage.

WELCOME TO THE FUTURE:

The future is a bright one indeed for the Seattle Thunderbirds who boast a bevy of young players that are making solid contributions early in their WHL careers. Leading the way is 2003-born forward Connor Roulette who sits third on the team in scoring with 16 goals and 15 assists. Not far behind are 2002-born forwards Payton Mount (11G, 17A) and Matthew Rempe (9G, 17A). This young T-Birds roster has performed well enough to put them into a wild-card playoff spot with a nine-point cushion on the Prince George Cougars who trail them.

Last Game: A 5-2 win last night at home against Victoria.

The Giants take to the ice tonight in search of their ninth straight win. This eight-game streak started back on January 26th and has looked like this: