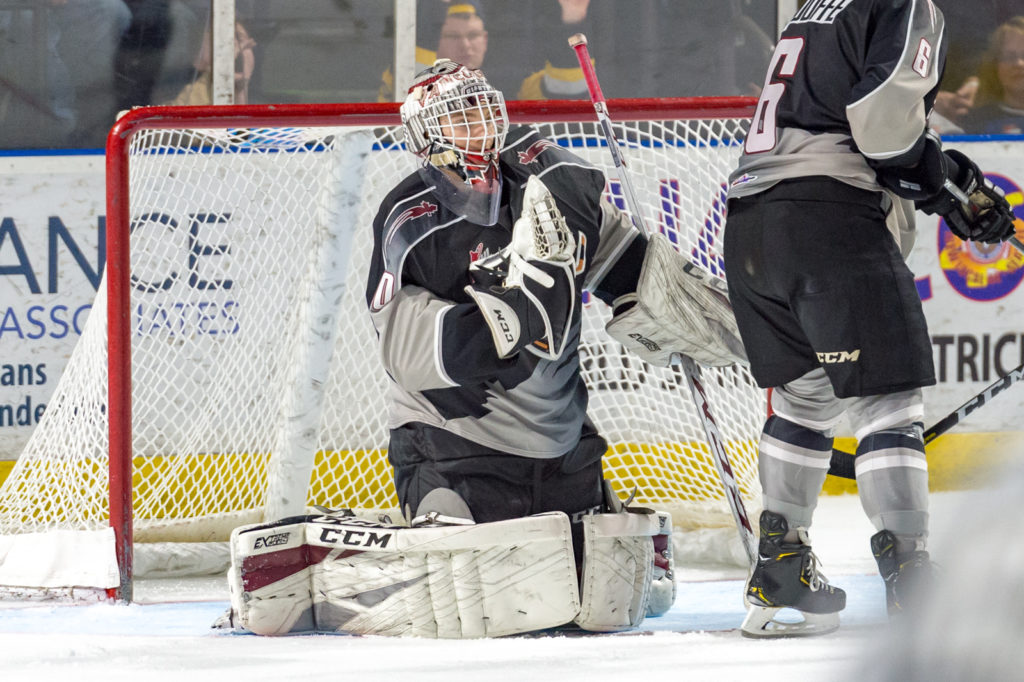 Tonight in Kent, WA the Vancouver Giants return to action looking to secure their second road playoff victory in as many days. Last night the Giants battled through all sorts of adversity en route to a 6-4 victory. Game 4 of their first-round series with the Seattle Thunderbirds goes down tonight at 7:05 and there’s tons on the line for both sides. A win for the Giants gives them a 3-1 stranglehold on the series while a win for Seattle and the series then becomes a best-of-three. Last night’s win has helped snatch home ice advantage back in favour of the Giants, yet another win on the road tonight would put them in a very positive position heading back home.

VOLCAN IS DIALLED IN:

Seattle Thunderbirds captain Nolan Volcan posted two assists in last night’s game and now has five points in his last two games. Volcan leads all Seattle skaters with five points through the first three games of the series and it’s quite clear with his play that he’s in no hurry to have his WHL career come to an end. Tonight he’ll suit up in his 53rd career WHL playoff game which matches Scott Eansor for the most playoff games played as a Seattle Thunderbird.

Fellow 20-year-old Sean Richards has become a factor in this series. The veteran has scored in each of the past two games and last night when his team was trailing 5-3 it was a goal from Richards that moved Seattle back within one and provided a glimmer of hope and confidence with the game on the line.

The Seattle Thunderbirds got two second period power play goals from rookie forward Payton Mount which helped move them back in front in Game 3. Mount was the 19th overall pick in the 2017 WHL Bantam Draft and had five goals along with 16 assists for 21 points during his rookie campaign. Mount was named the second star of the game last night, and no doubt the youngster will be brimming with confidence after a game like that.

Tuesday night was an evening of firsts for the Giants who had three players: Brayden Watts, Alex Kannok Leipert and Dallas Hines all record their first career WHL playoff goals. All season long the Giants have relied on an ‘offense by committee’ mentality and so far in the two games they’ve won in the series they’ve certainly stayed true to their DNA.

ANOTHER CUP OF ‘JO’:

Three games, three goals for 1999-born forward Jadon Joseph. Not only has he scored in three straight playoff games, but he’s had a knack for scoring important goals. In Game 1 he scored a shorthanded marker that made the game 3-0, which stood as a crucial goal for the Giants that night. Then last night with time winding down in the second period he converted on the power play, tying the game at 3-3. The mindset for the Giants going into the second intermission tied 3-3 as opposed to trailing by a goal likely played a huge part in their third period success.